Dutch vinyl company Music On Vinyl asked me to transform the original CD artwork from Amen’s 1999 self titled record into LP vinyl artwork.

I remember when this originally came out and how it blew me away. Pure punkrock with a very honest delivery, mostly due to singer Casey Chaos’ performance on record but even more on stage/live. I saw Amen twice in this line-up consisting of ex-Snot members bassist John ‘Tumor’ Fahnestock and guitarist Sonny Mayo. To top it off they had beast drummer Shannon Larkin (ex-Ugly Kid Joe, later in Godsmack) and Paul Fig (Paul Figueroa, later Producer/Engineer of for instance Deftones, Ghost, Rush, Alice In Chains) on guitar.

Again, a pleasure to re-work/re-do all the original artwork, mostly by Dean Karr and Bau-da Design Lab and morph it into the vinyl edition. First time it came out on vinyl. 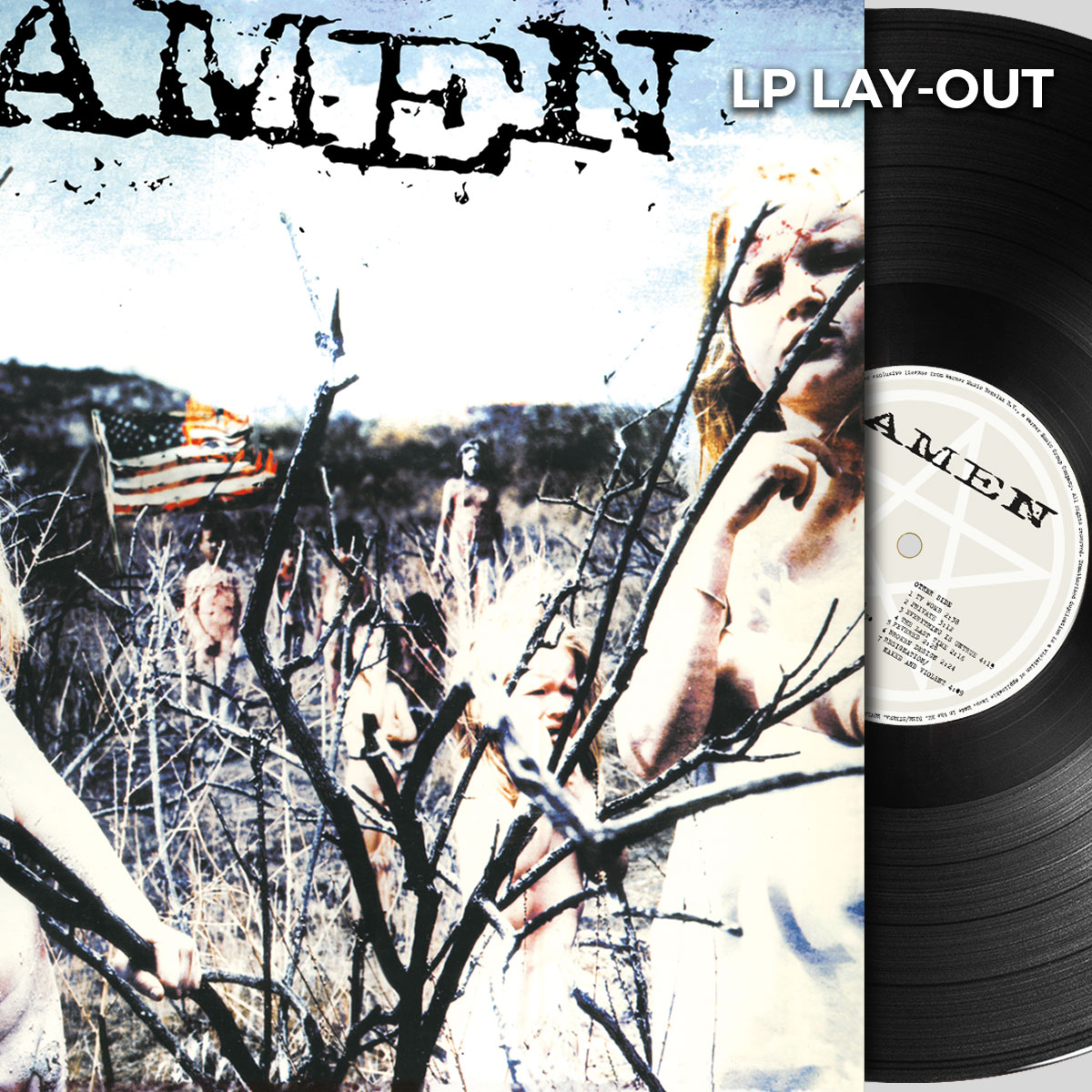 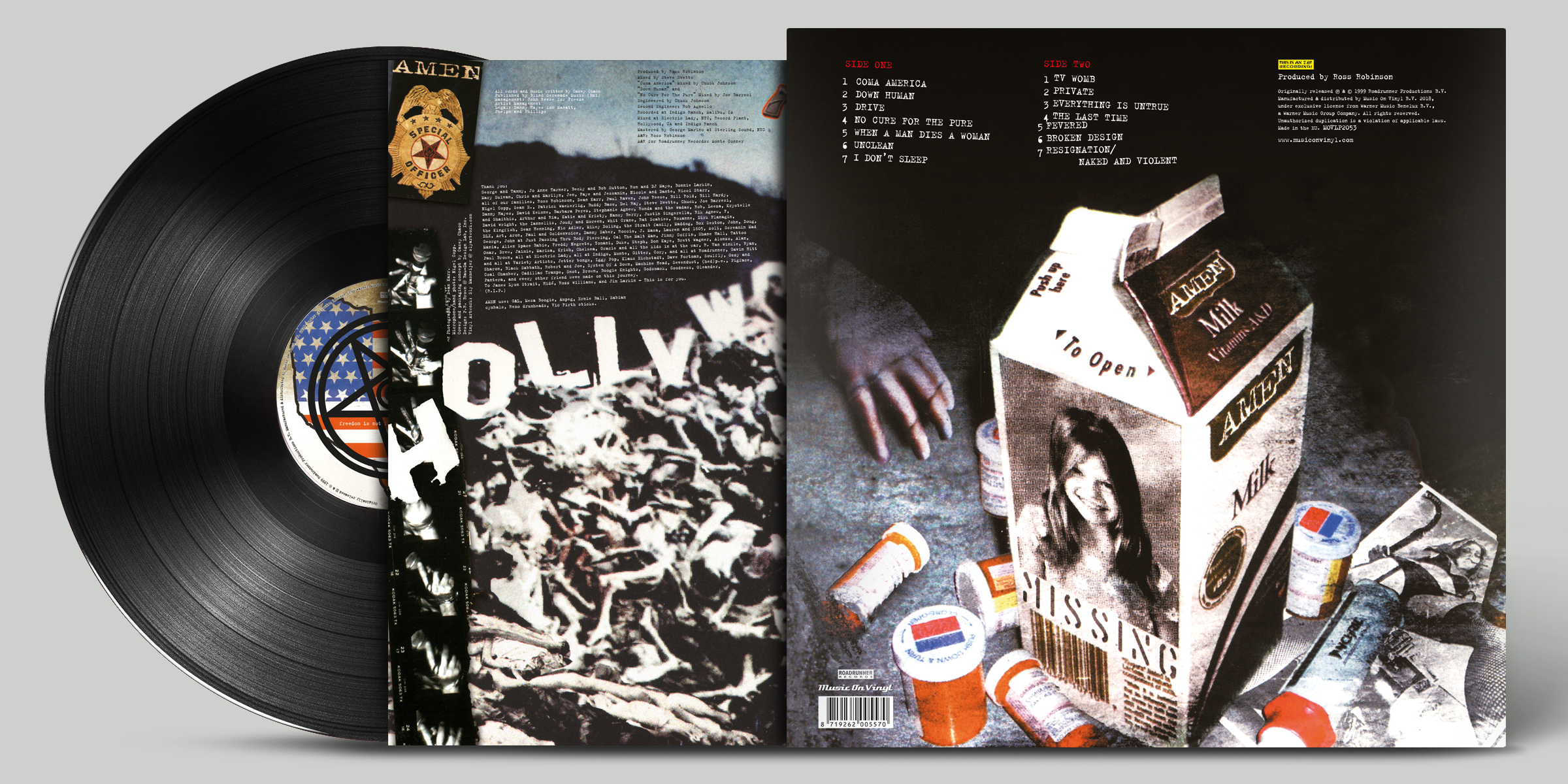