My friend and freakshow artist Crazy White Sean formed the band KCUF in 2002 and released one album called ‘Modern Primitive Punk’ for which I designed the album artwork. I was invited to the studio while they were recording in Diemen, The Netherlands by Snot bassist John Fahnestock who played on the record and wrote a lot of the material. Sean also had Shavo Odadjian (System Of A Down), James ‘Munky’ Shaffer (KoRn) and Sid ‘DJ Starscream’ Wilson (Slipknot) collaborating on the record.
Me and Crazy White Sean worked on the art direction and artwork at his or my place. We collected old weird newspaper clippings, posters and other oddities to add to the artwork. I also made an illustration of the band members on his ‘bakfiets brommer’ for the back of the inlay.

In 2006 the label Corporate Punishment Records decided to put the record out in the US as well. It came in a jewel case with cardboard sleeve.

Unfortunately in 2014 Sean passed away. I was glad I got to know him and have great memories working with him. 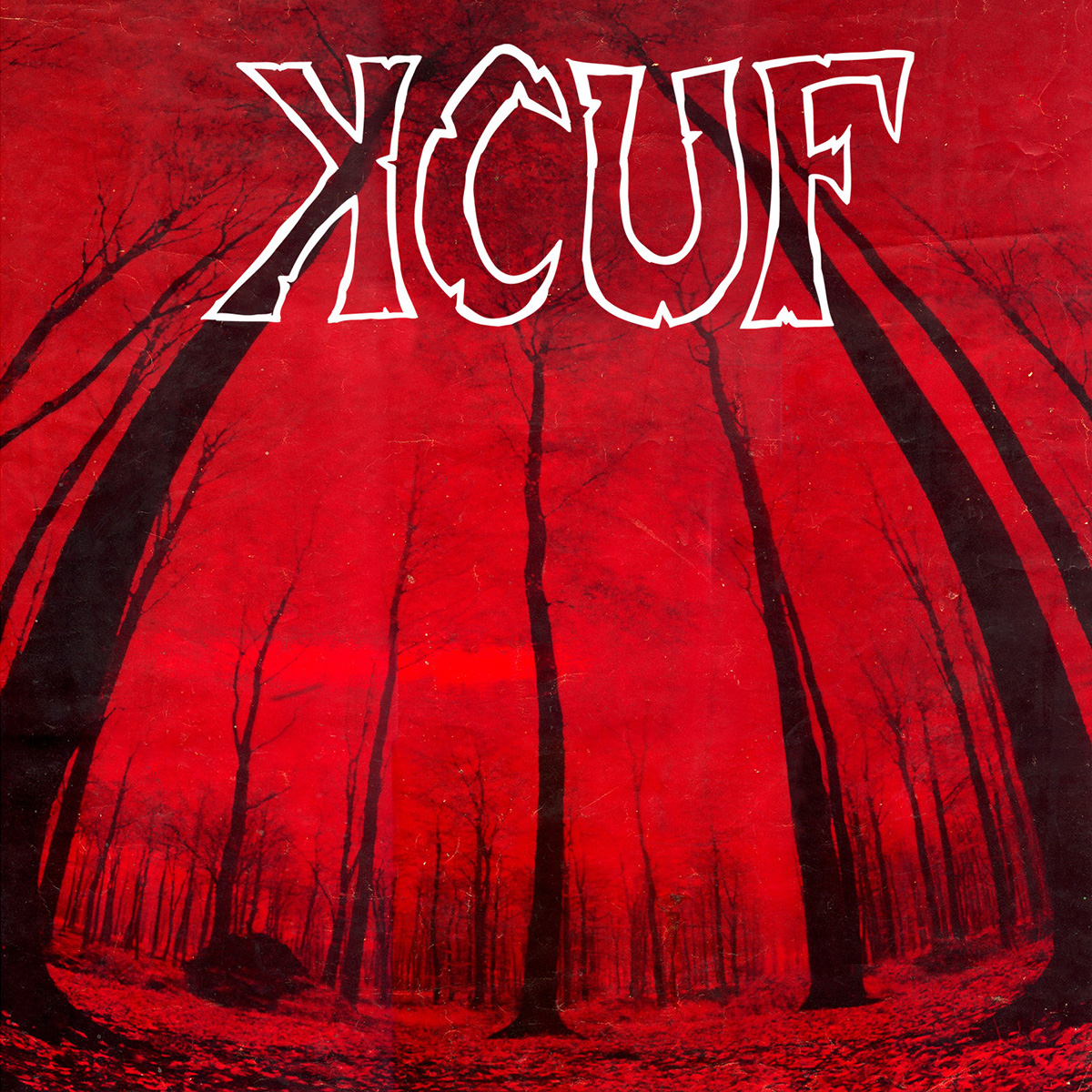 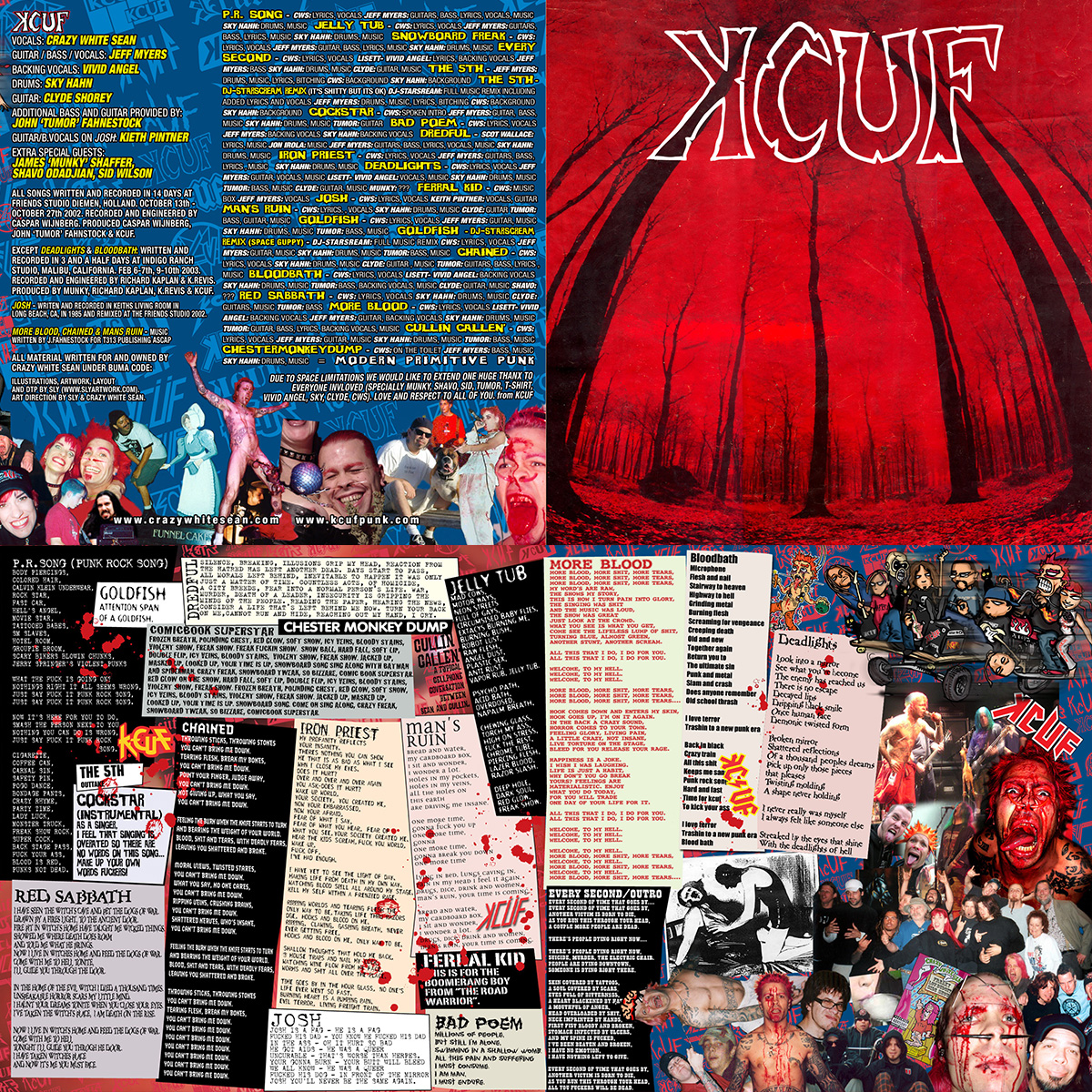 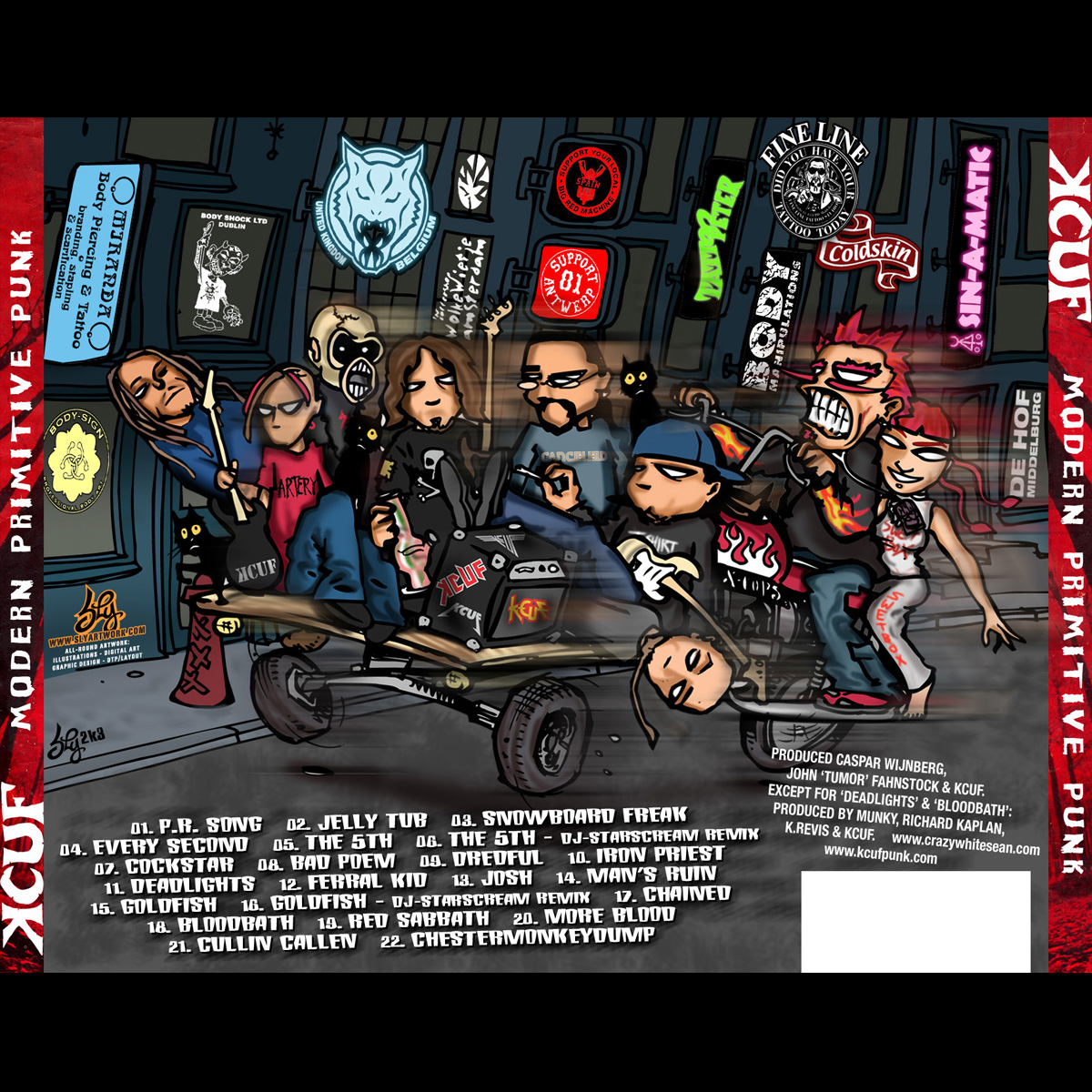 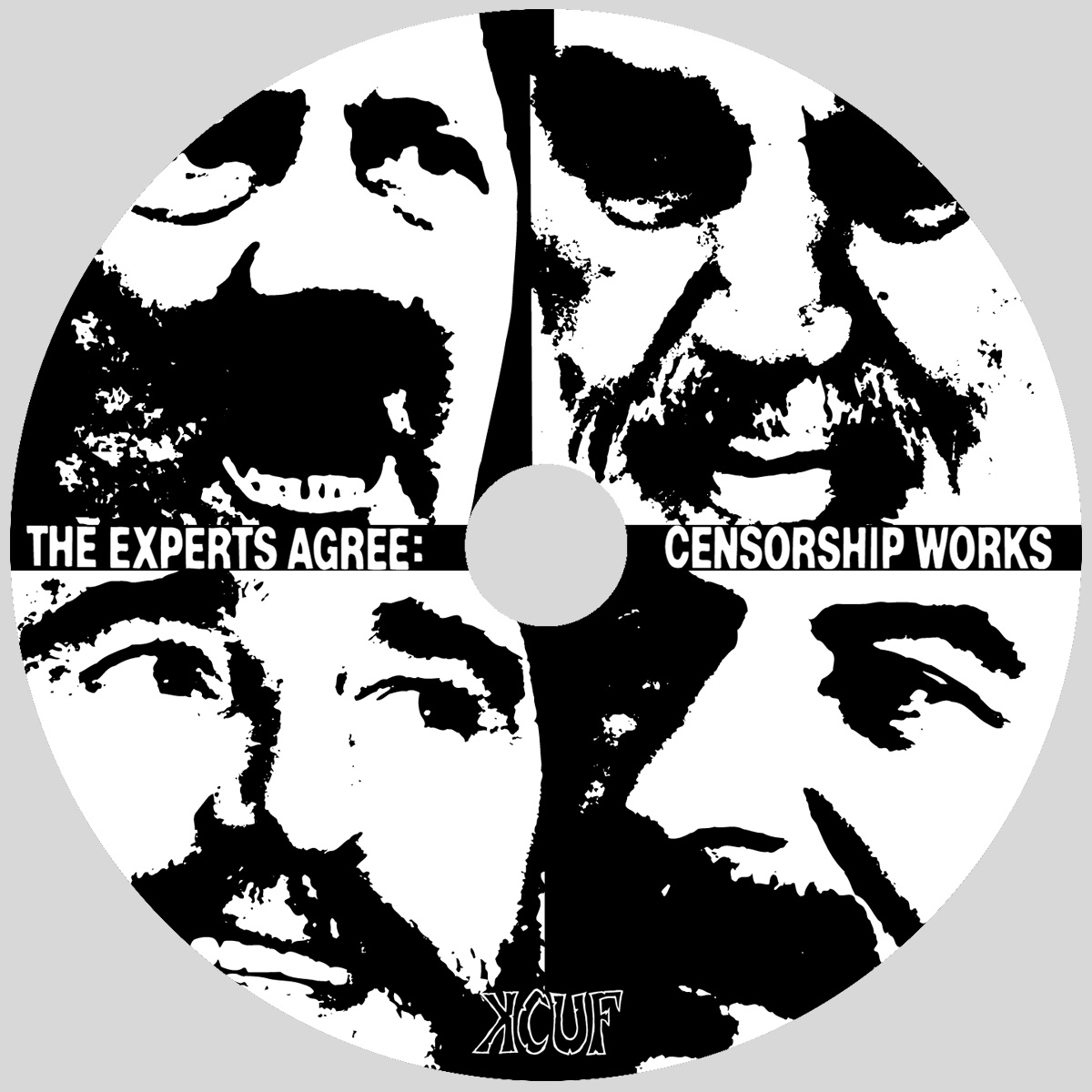 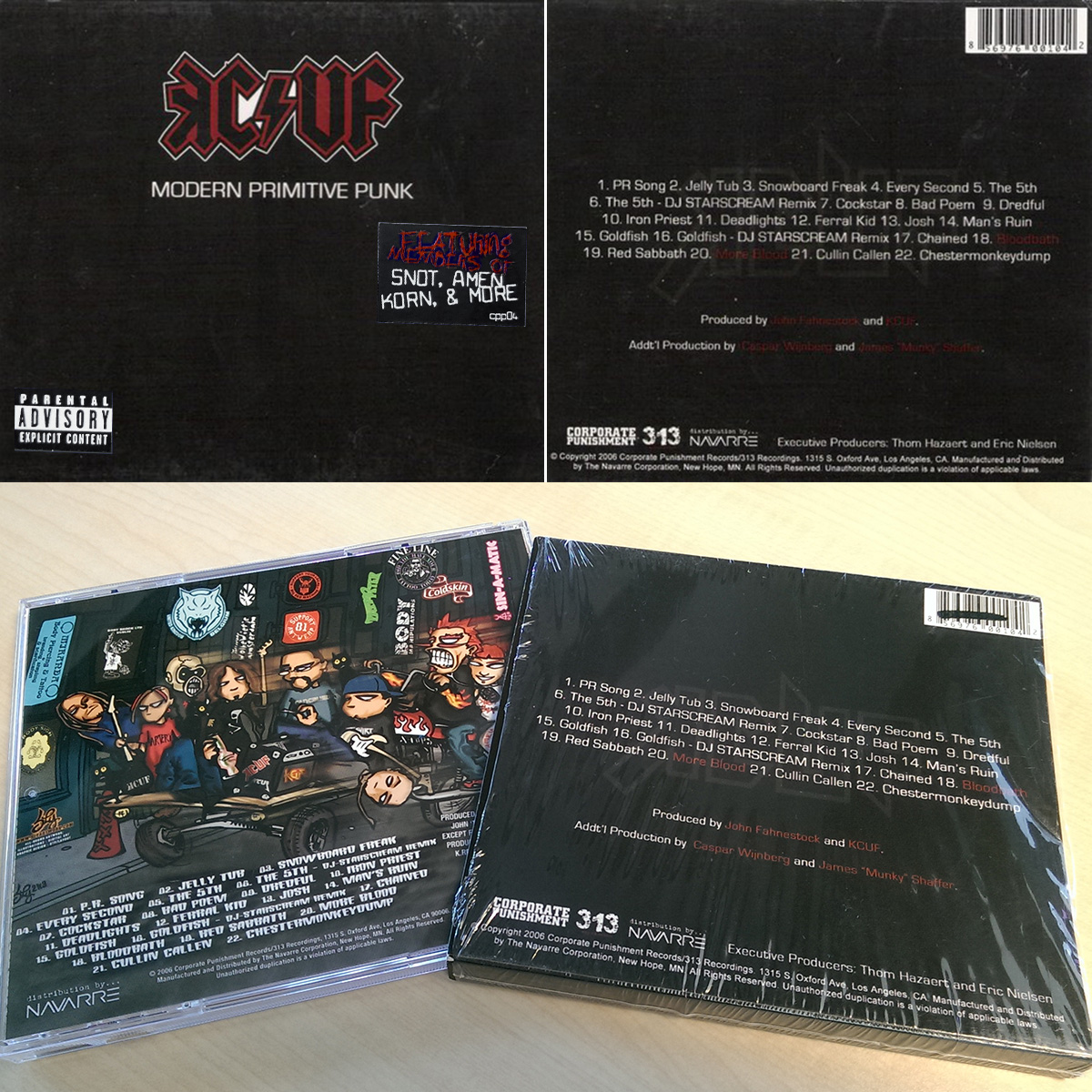 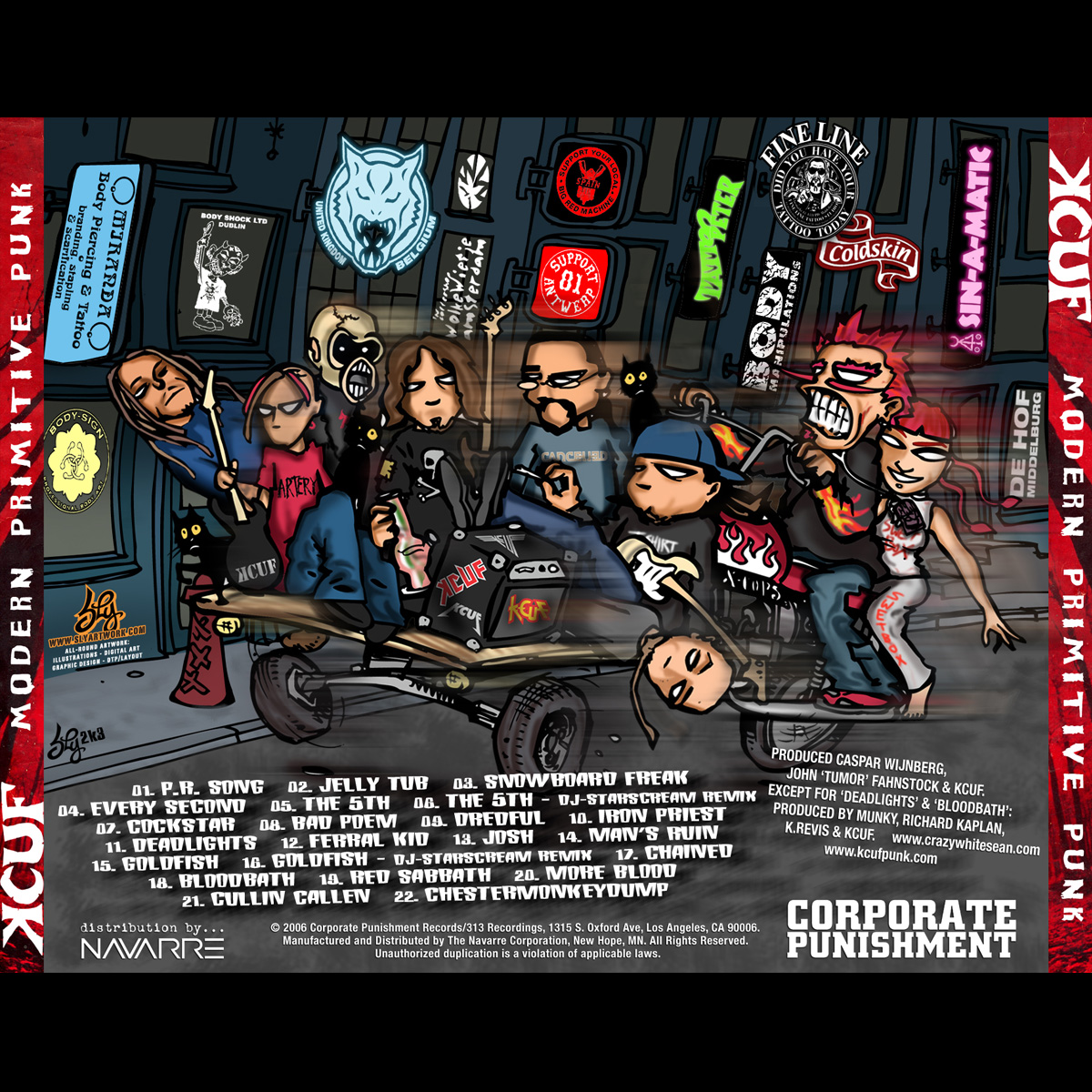