Trough a friend, I was approached by War Child to take part in this project. A bunch of Dutch celebrities and some artists including myself (12 in total) were asked to decorate a super sized My Little Pony. I decided to make it tattooed in traditional tattoos.

All pony’s eventually were auctioned on eBay with all proceeds going to War Child. My pony ended up raising more money than the celebrity ones. Not bad! I found out my pony ended up in a collection of a My Little Pony collector. 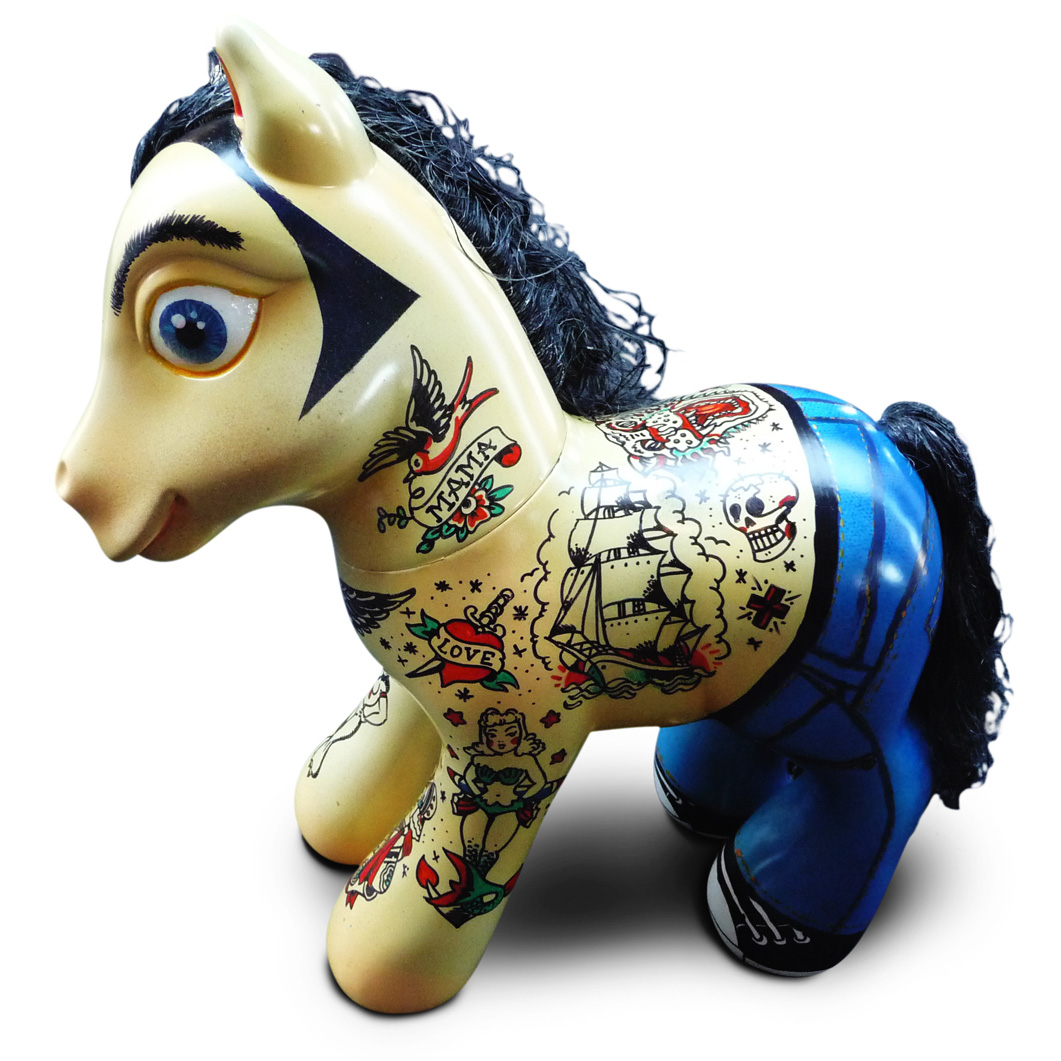 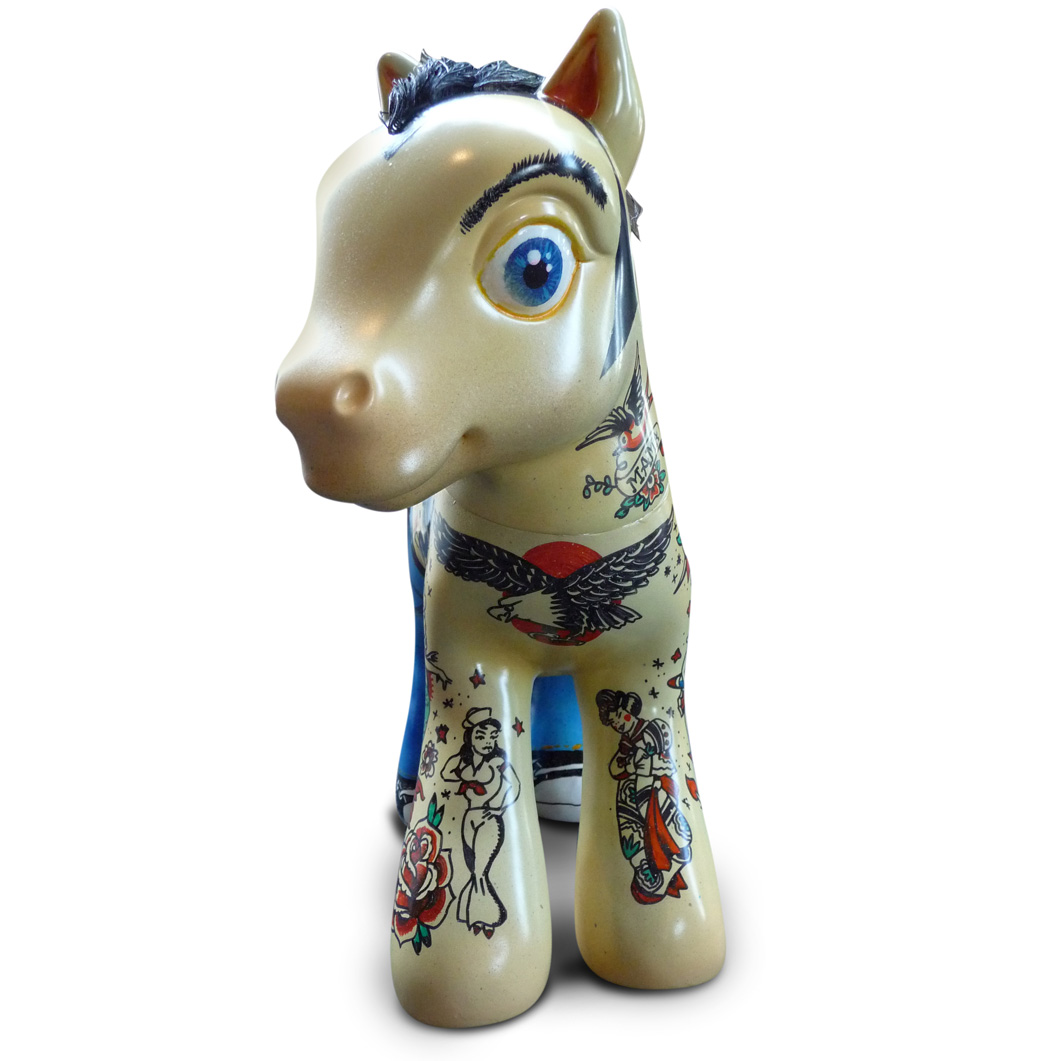 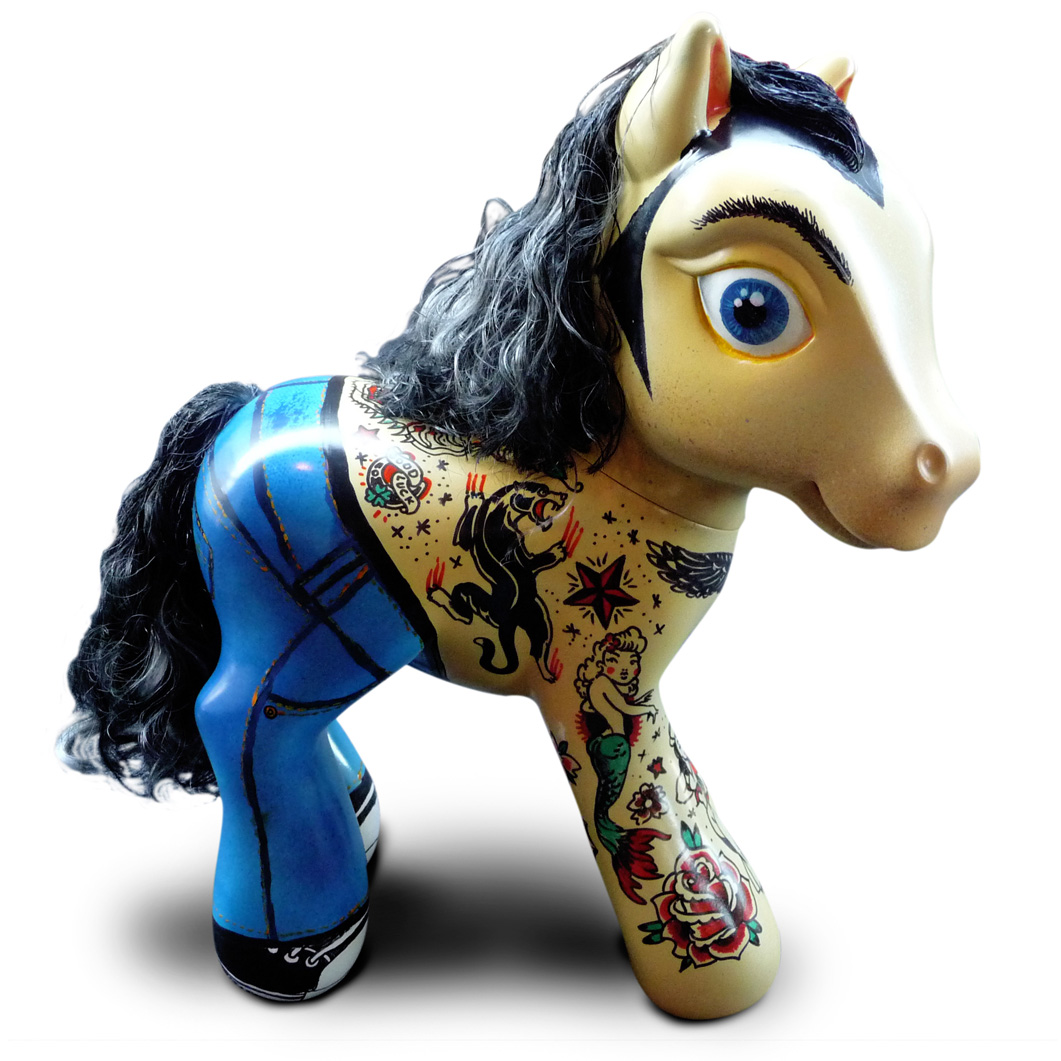 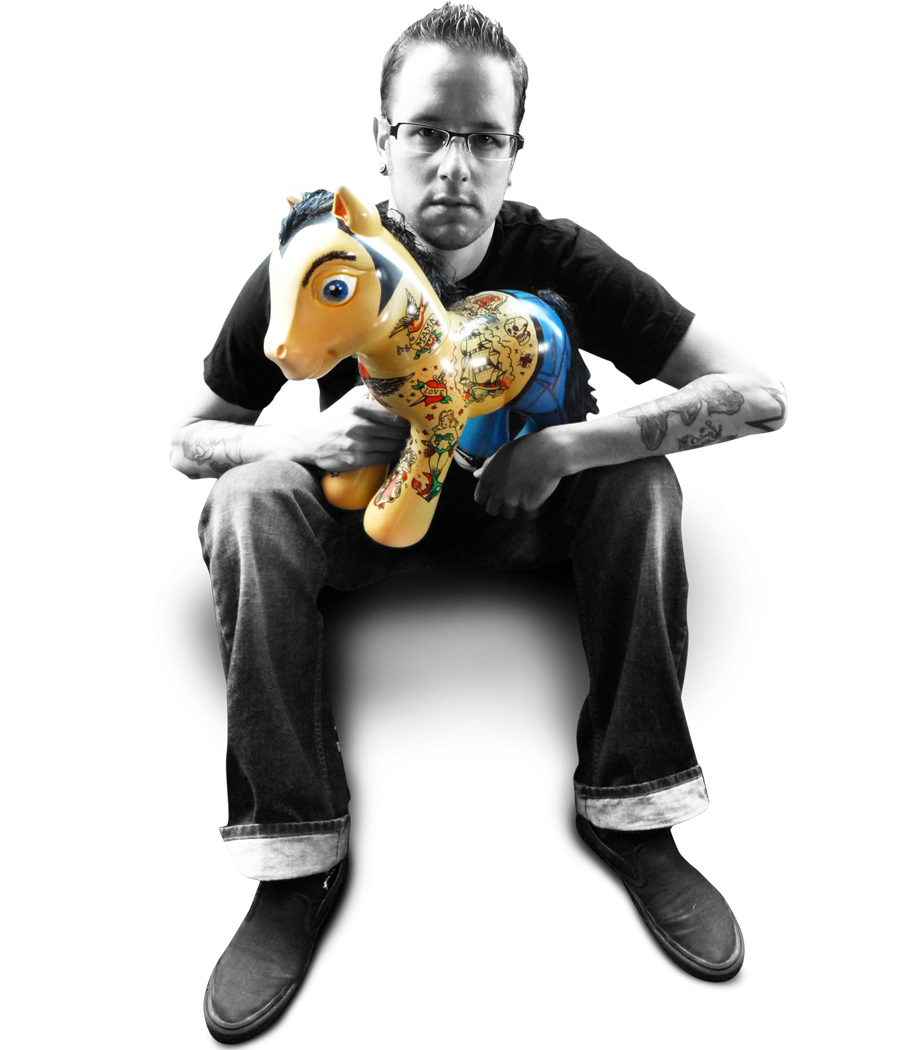 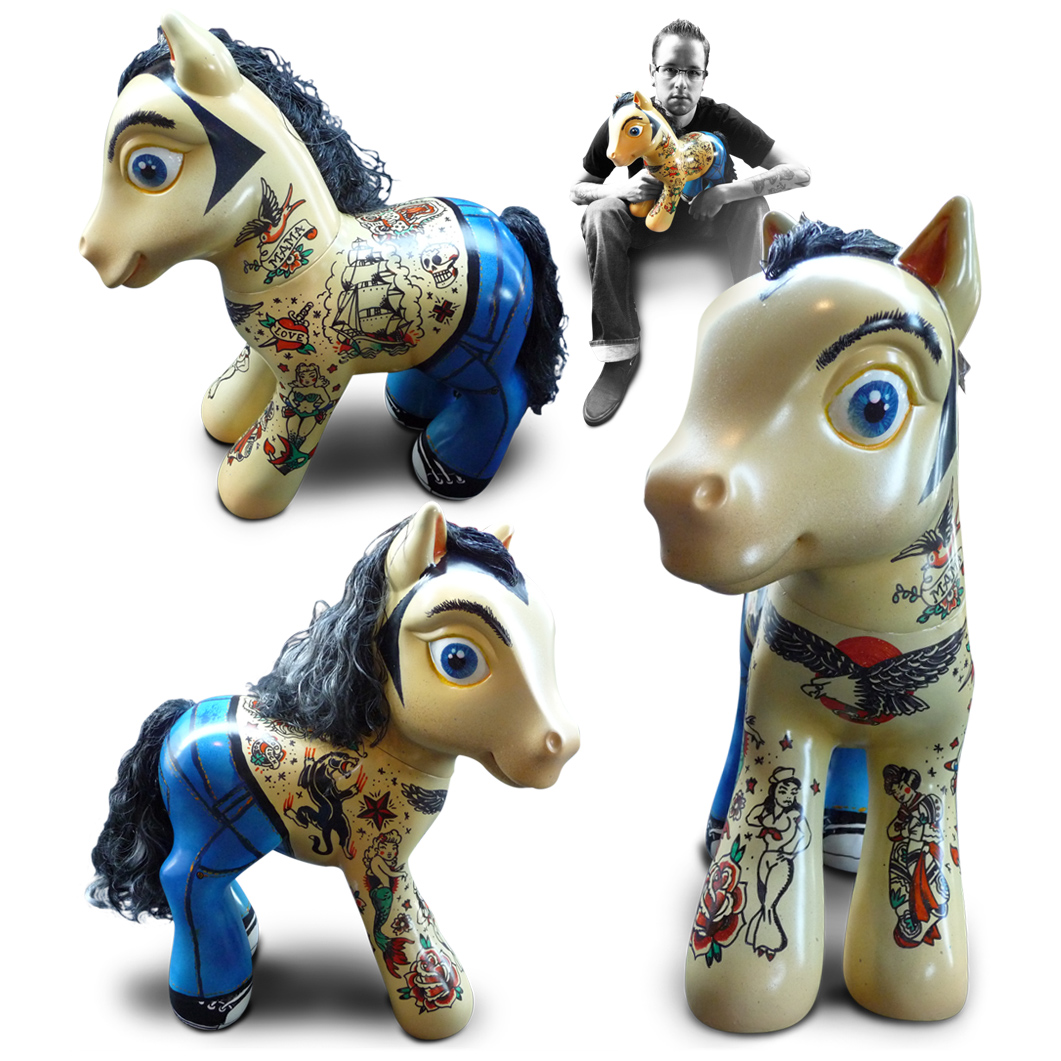 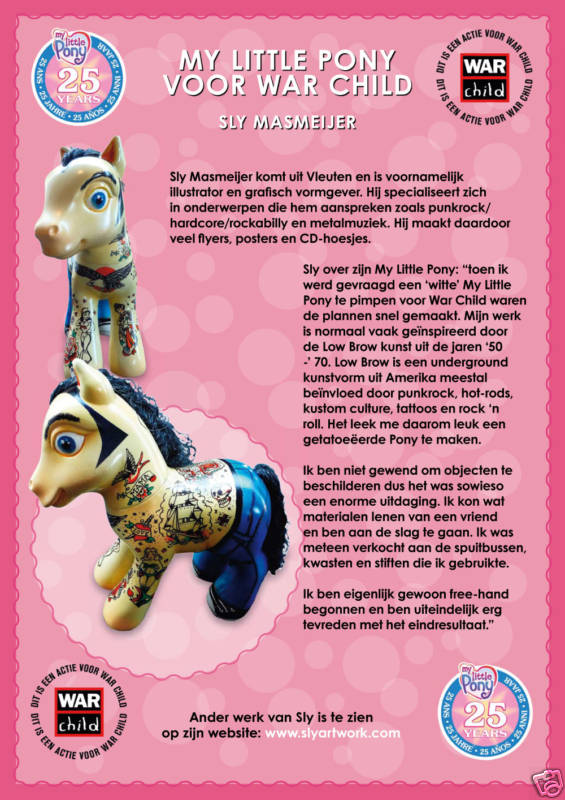 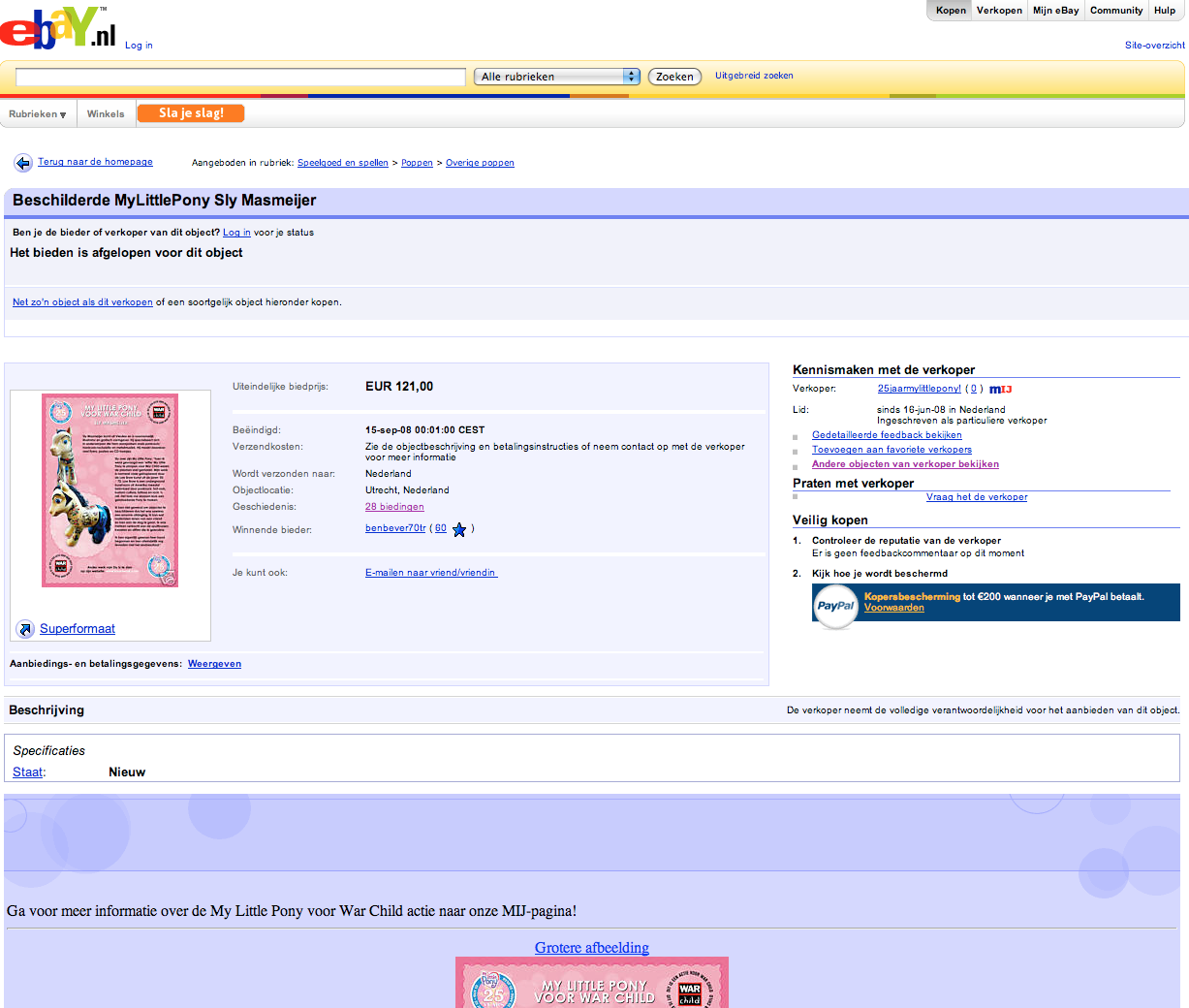