No Turning Back asked me to their new record design in late 2016. Super honored to do another one for Hollands hardest working hardcore band. No Time To Waste comes as a gatefold LP, a digipack CD and a cassette tape and was released on February 24th, 2017.

For the release show of the record we made a special limited edition of the LP: We put stickers on the covers showing green brains and eyes in the skull to make the artwork look different and fun. From the 300 yellow & black mixed LP pressings, 100 were made like this and were also hand numbered on the back. For a special tour edition we made the same stickers but with red brains and eyes of which 100 from the 300 silver pressings were made like this, also hand numbered. 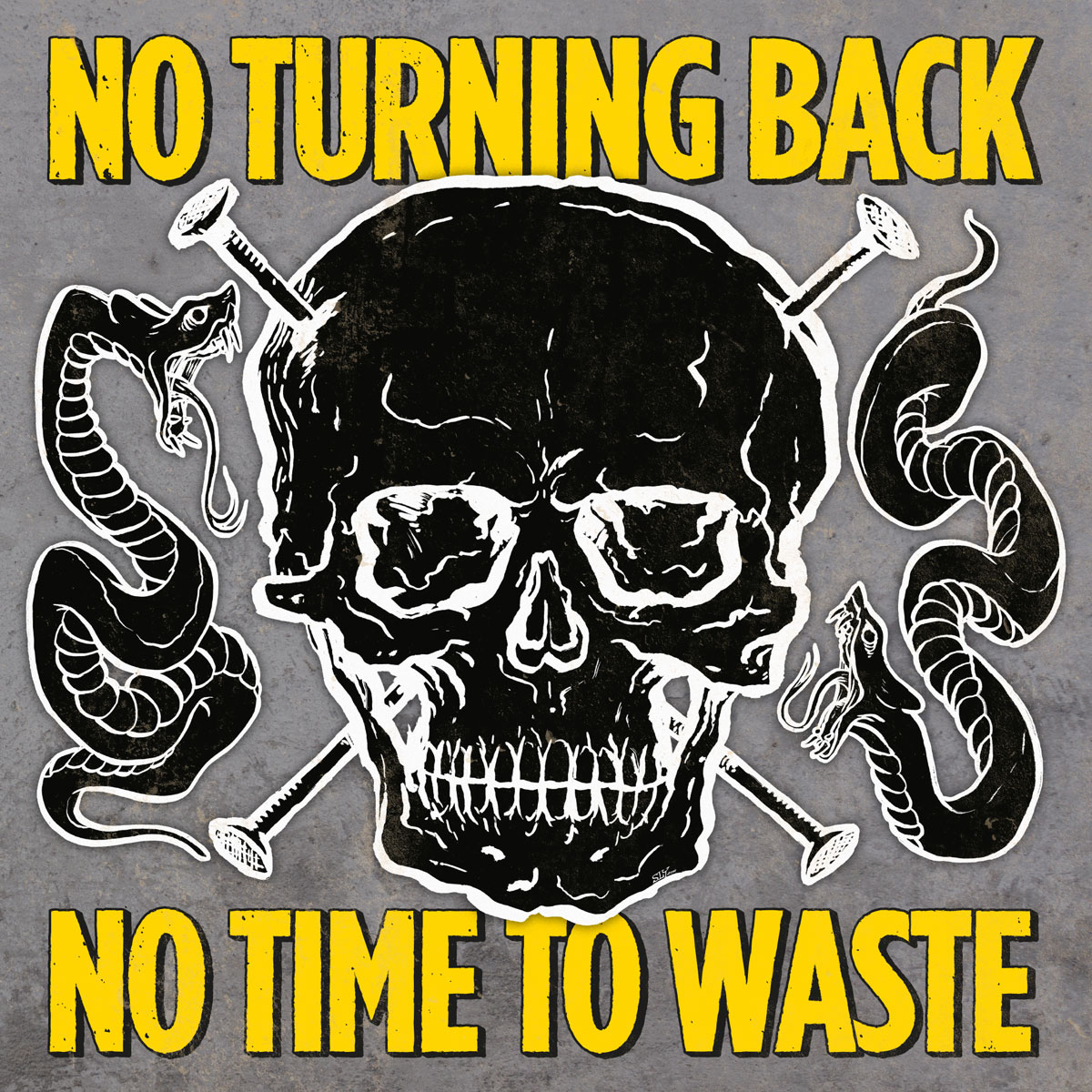 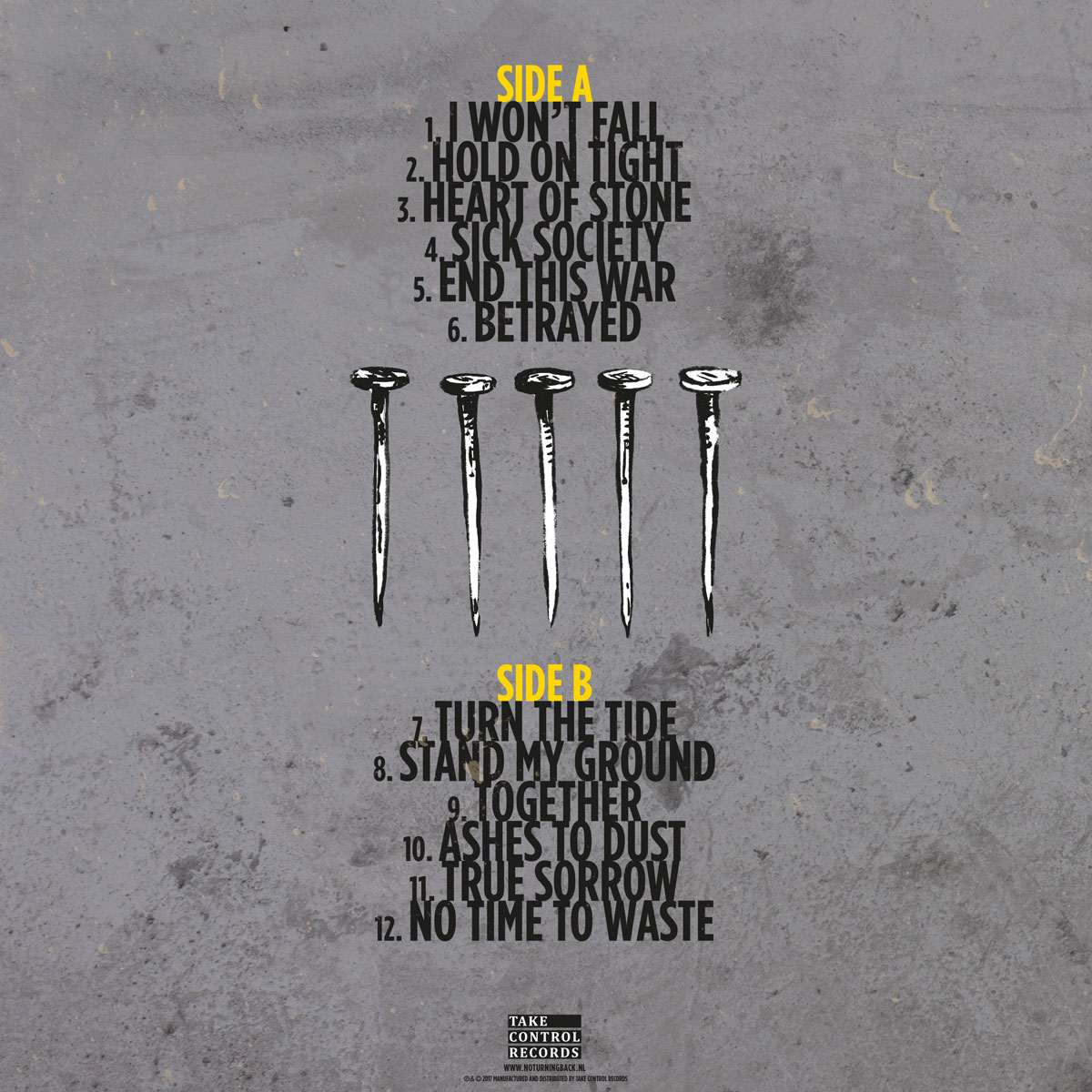 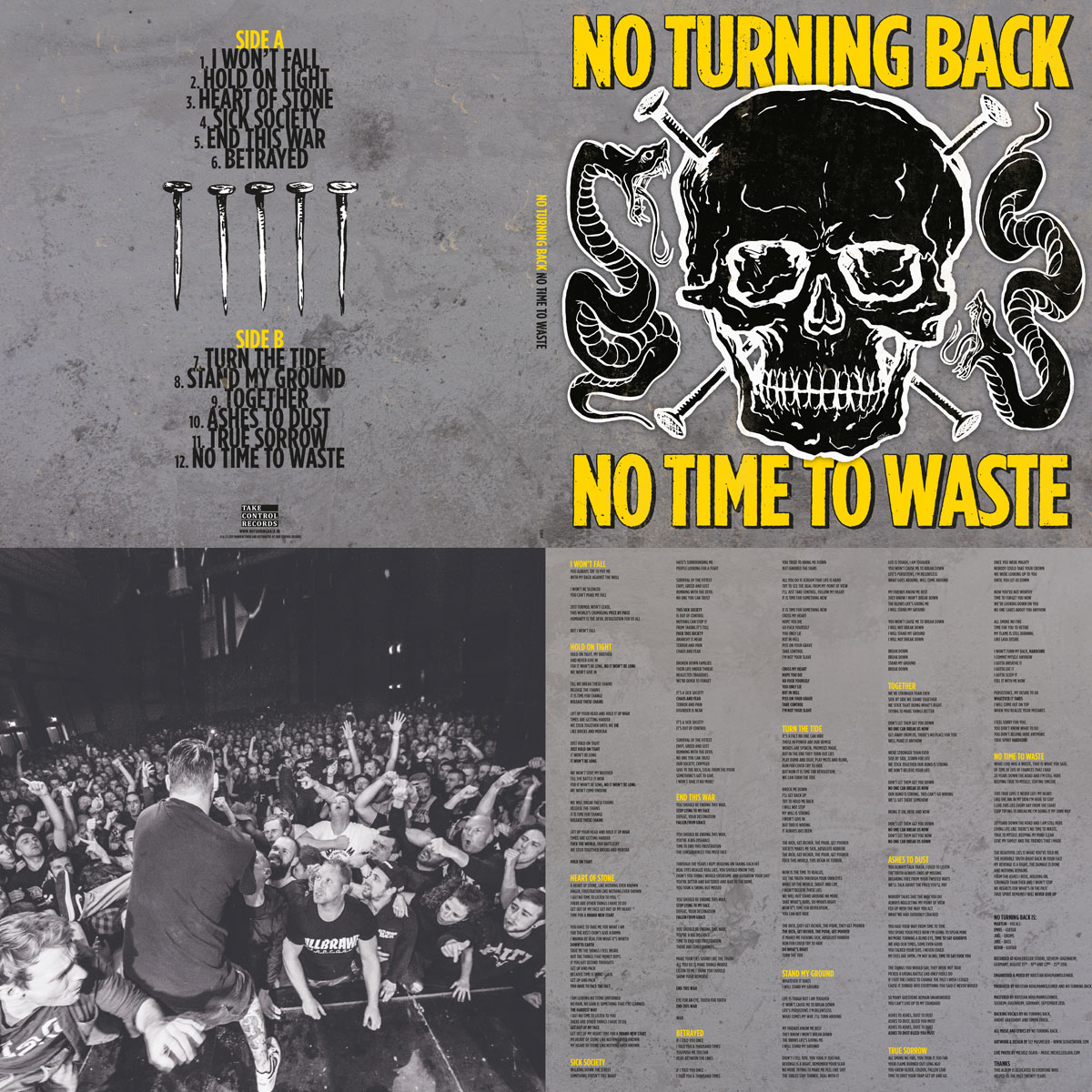 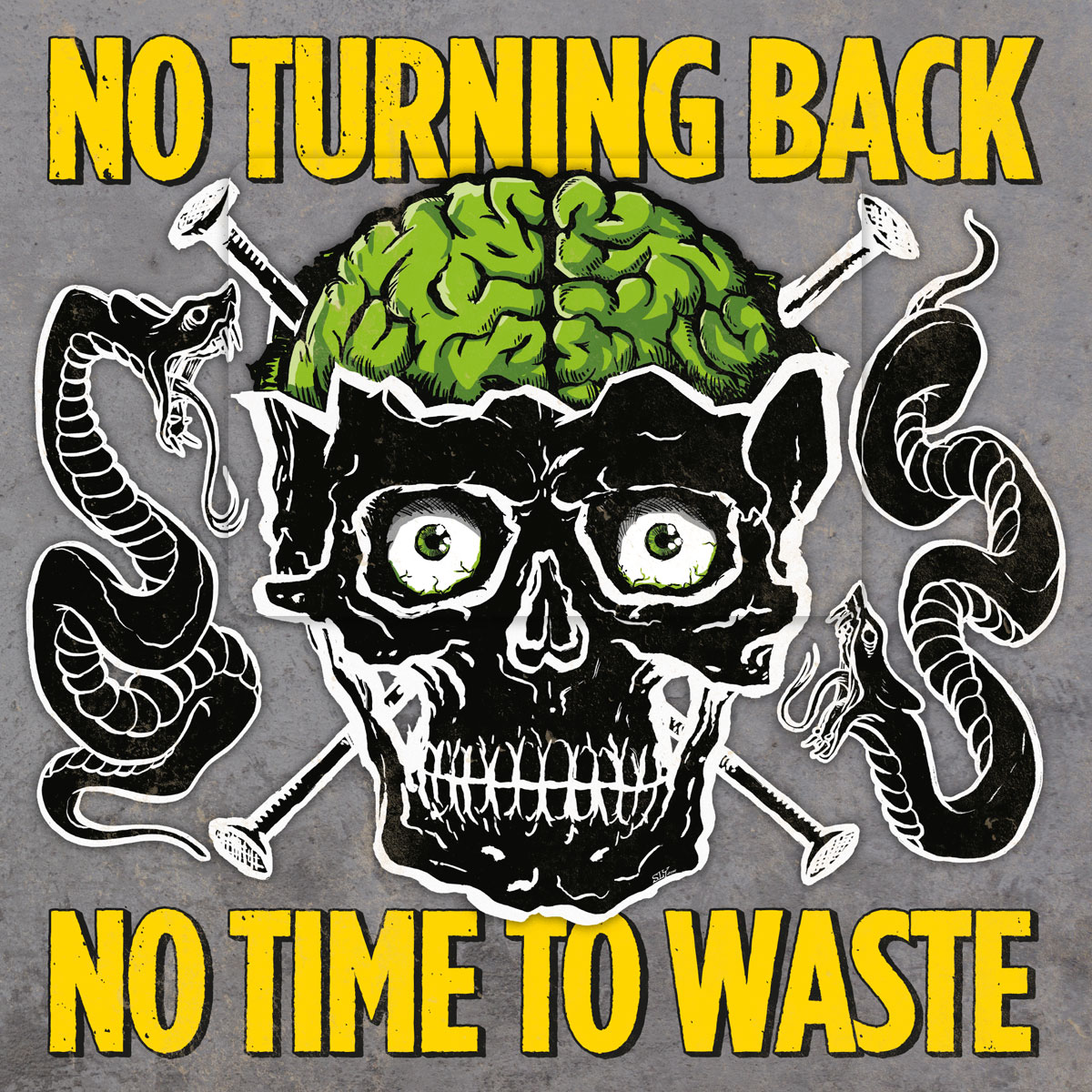 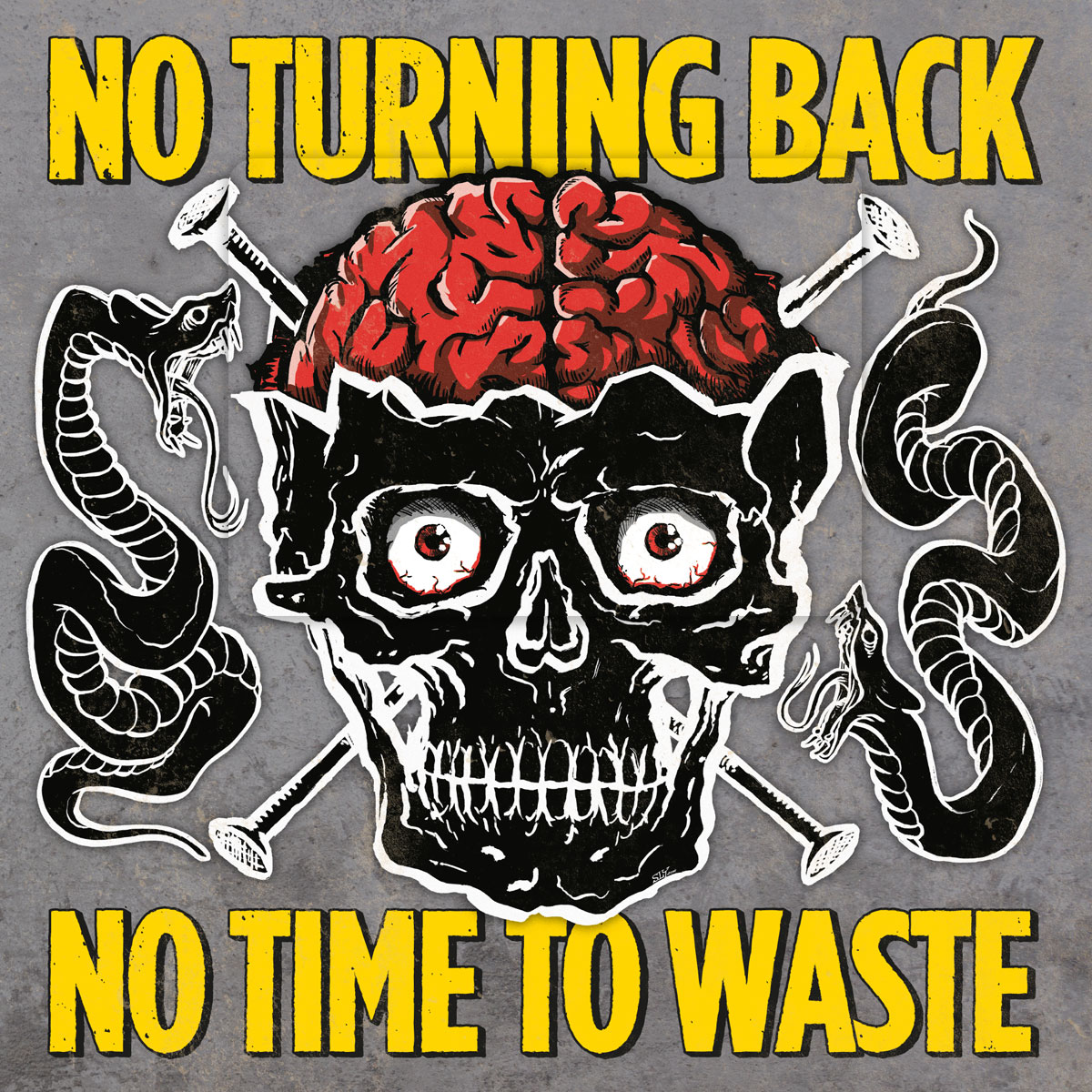 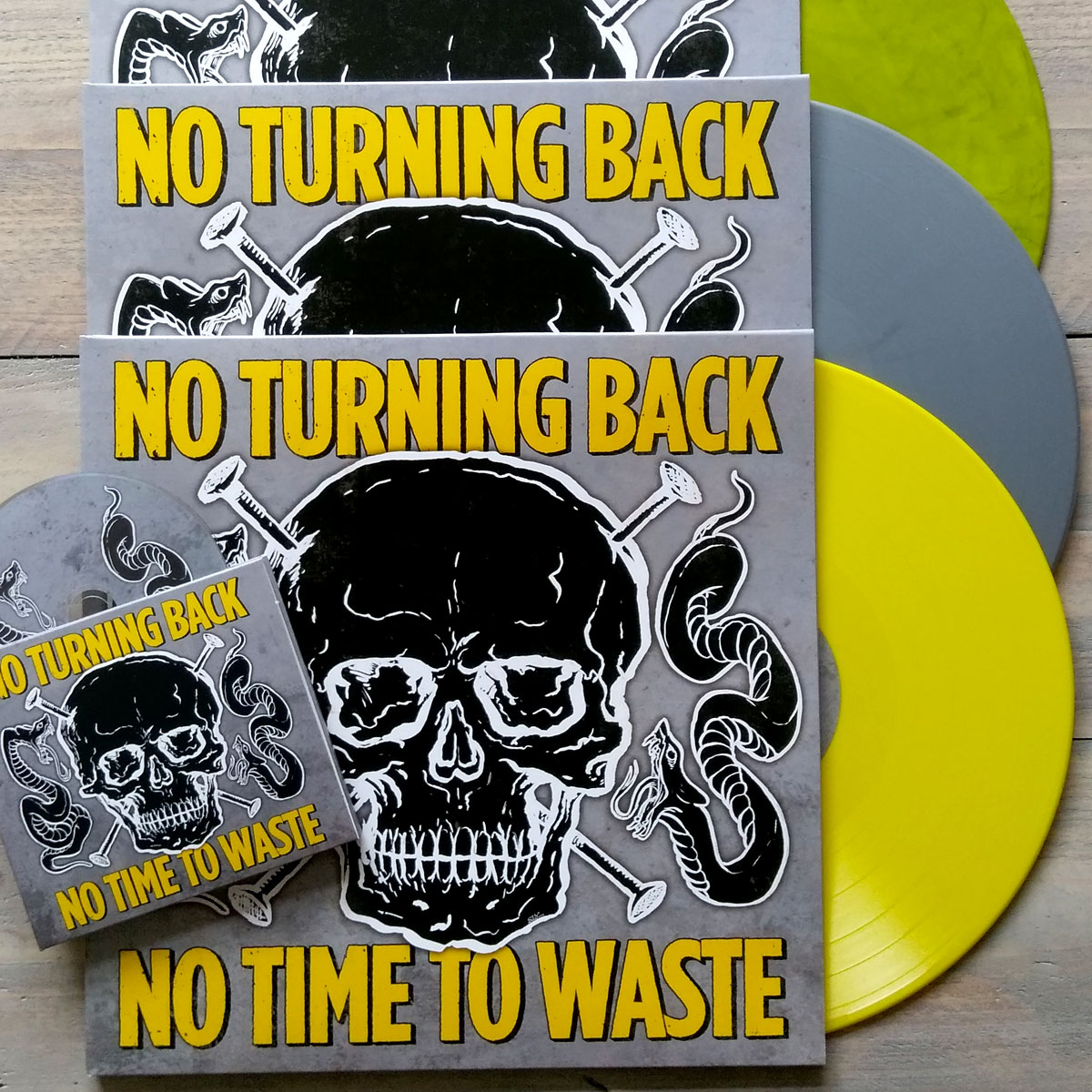 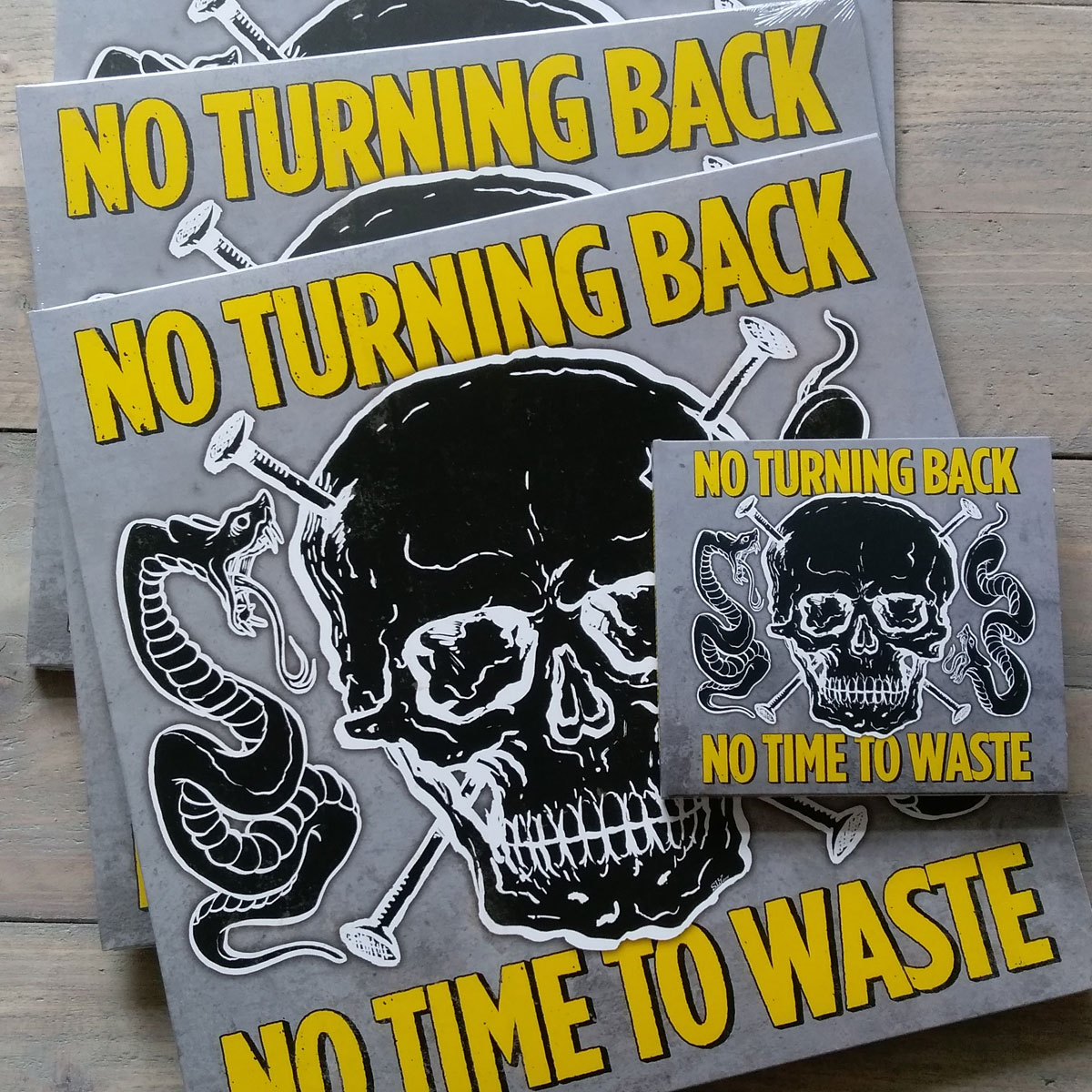 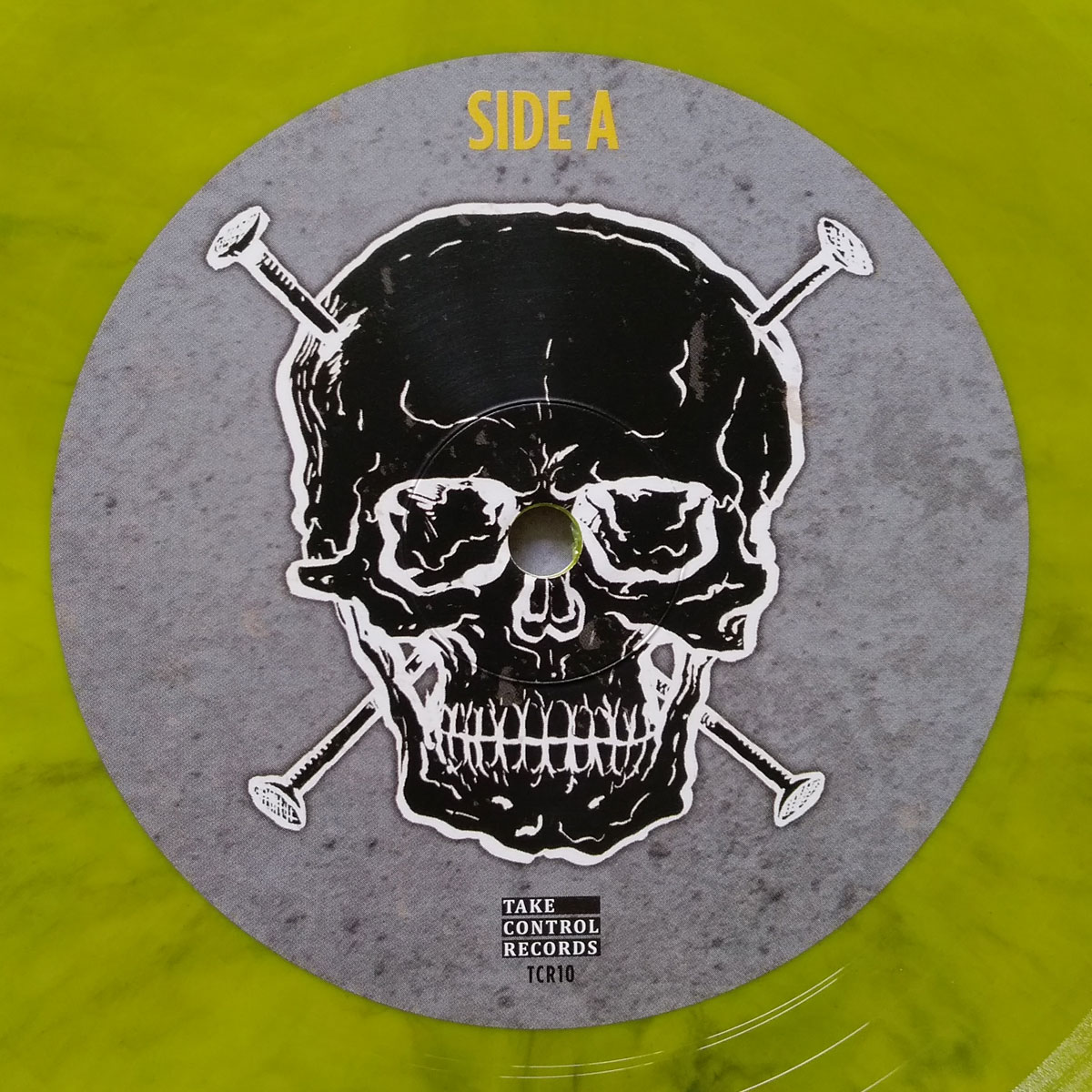 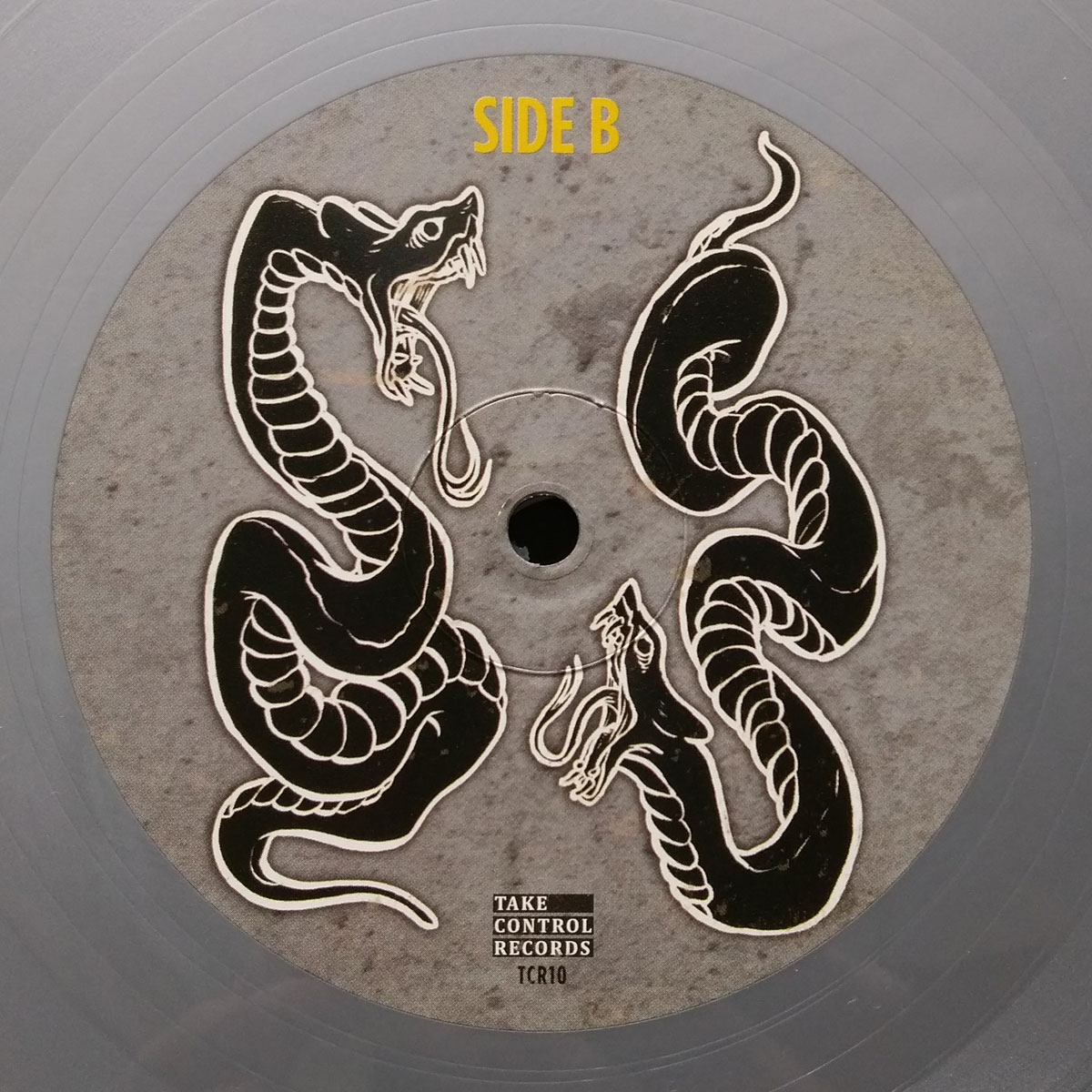 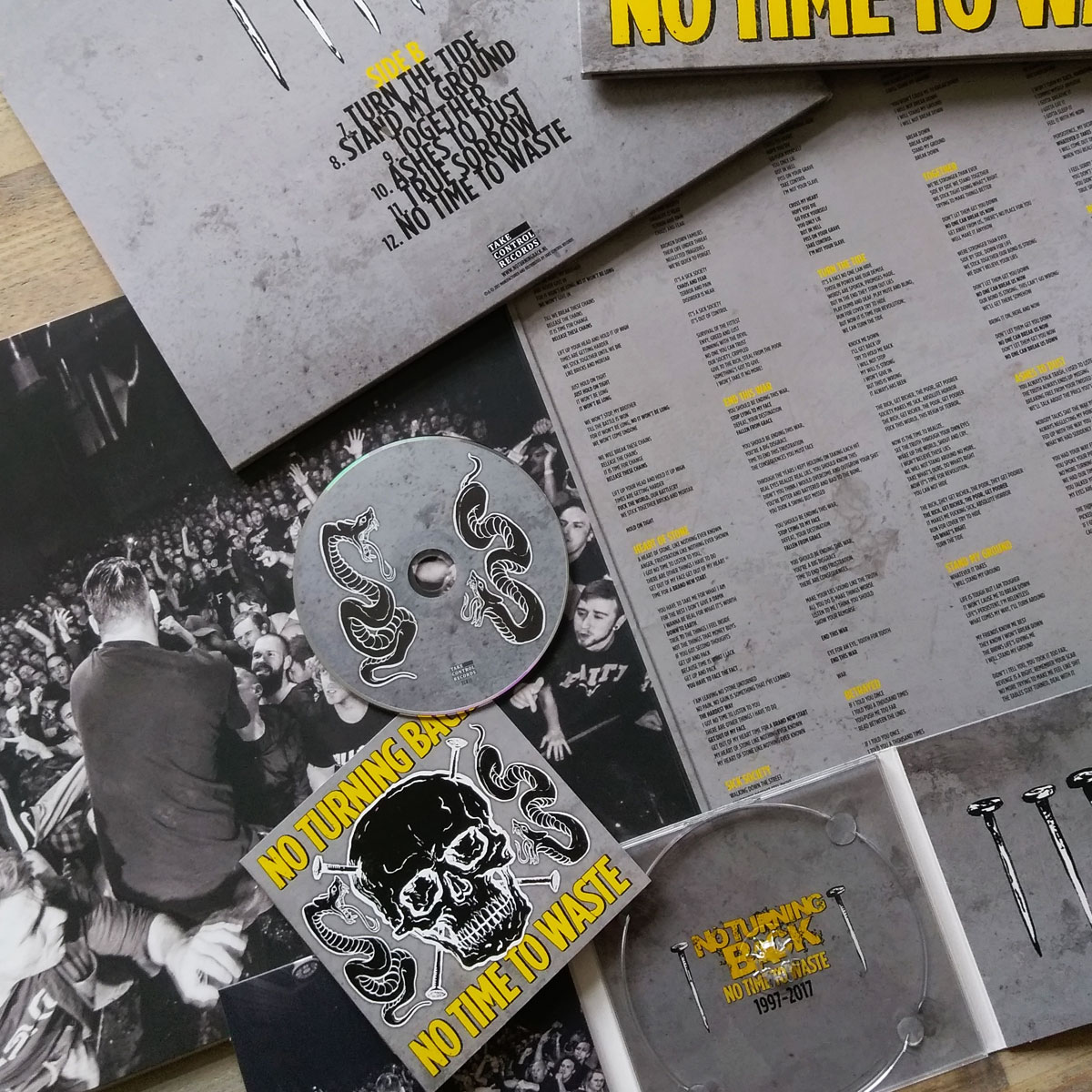 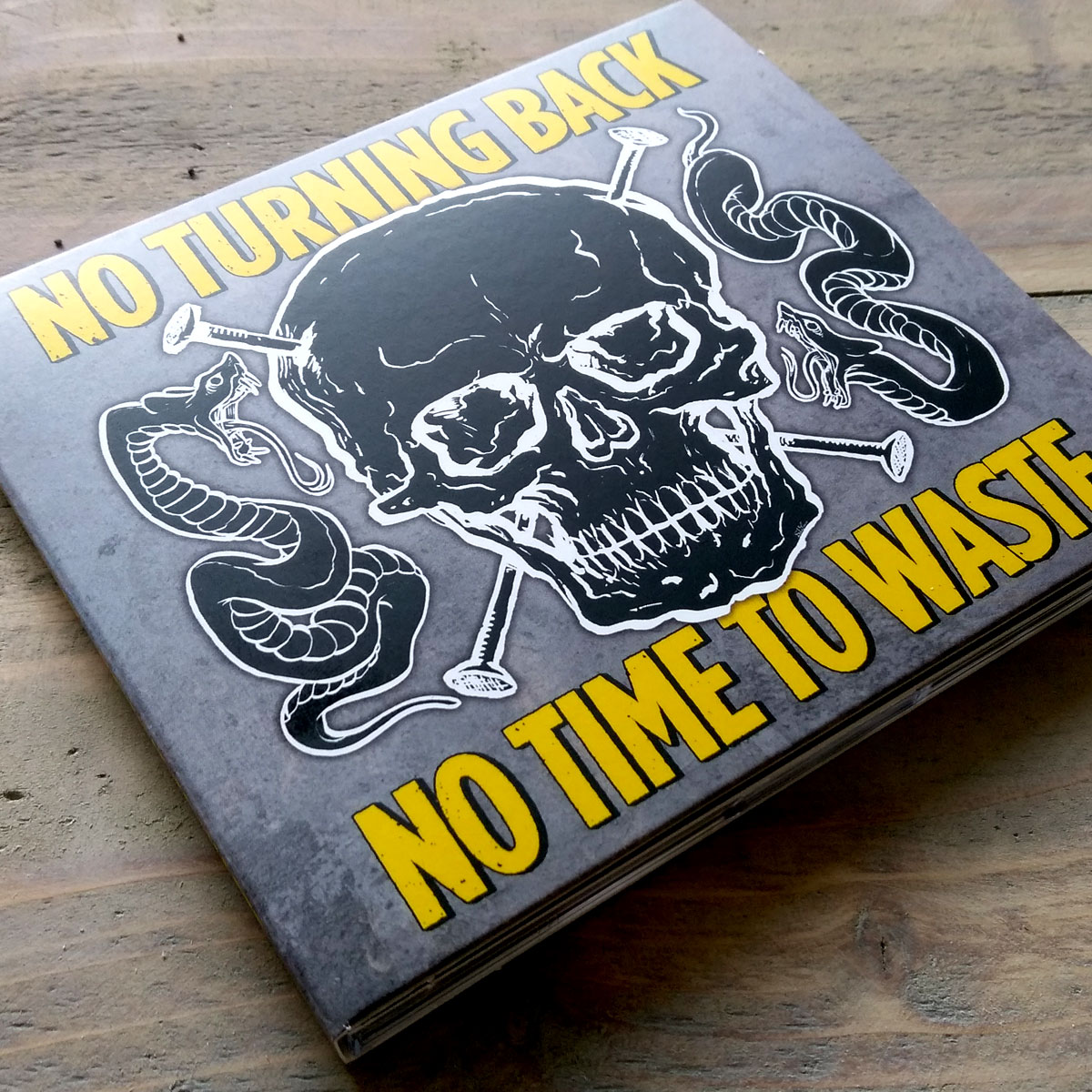 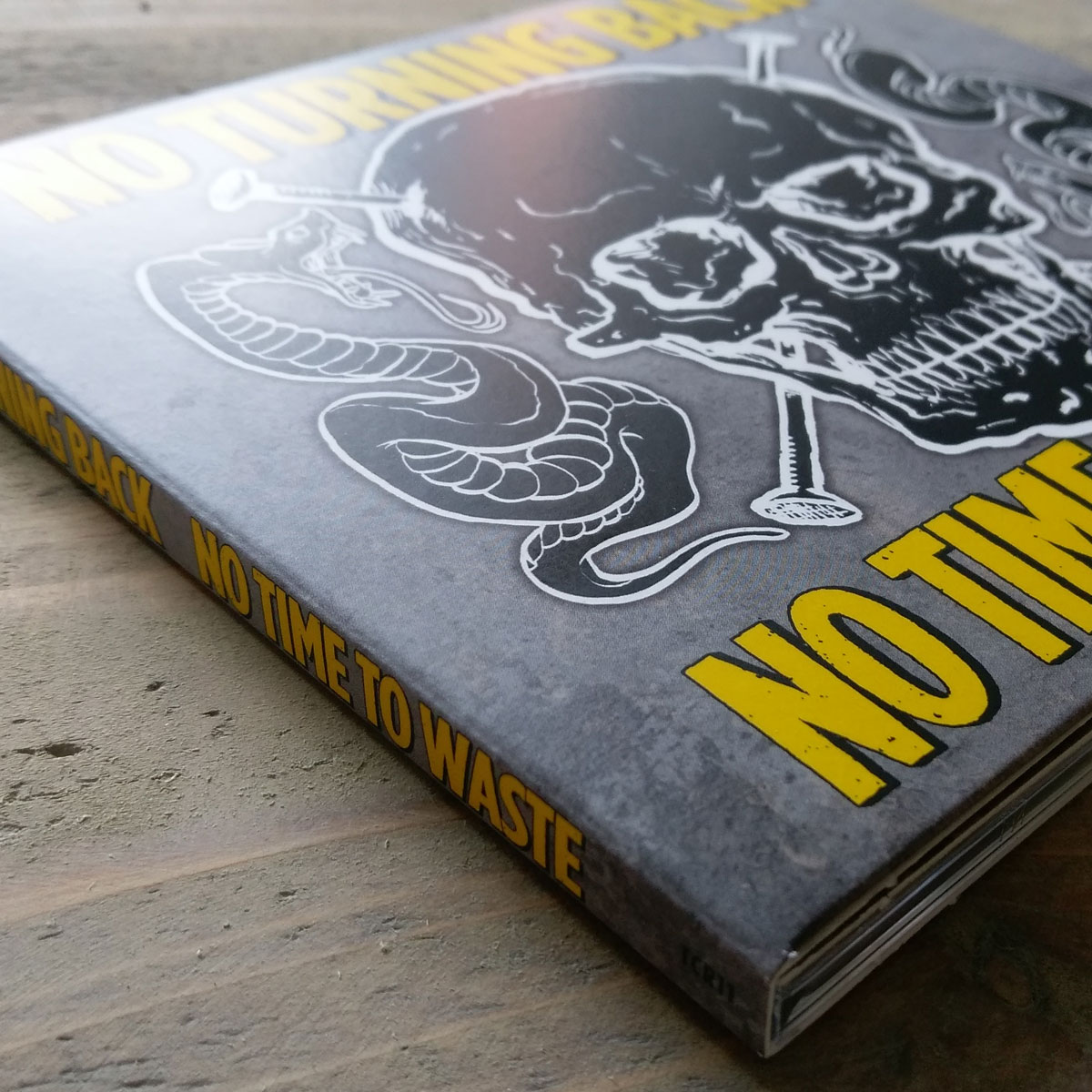 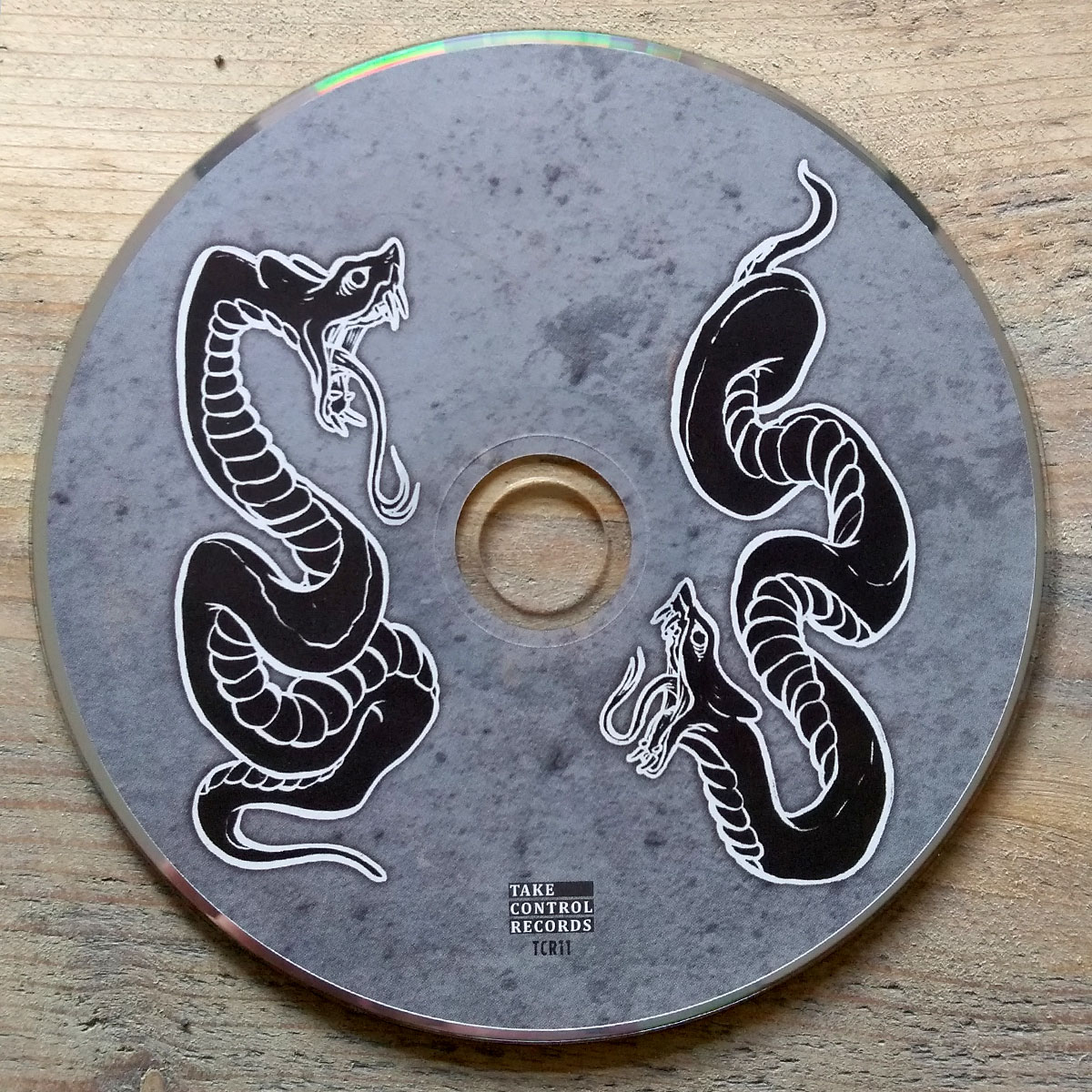