I had done a handful of designs for Marco Roelofs’ old band De Heideroosjes and I kept in touch with him after Heideroosjes broke up. I did some lay-out/design stuff for his stand-up comedy theatre shows. He had a new tour planned called ‘RAMKOERS’ for which I helped him again designing promotional items. While doing that I just came up with this idea changing the RAMONES logo into RAMKOERS, and I knew Marco was a Ramones fan. He liked it and made some shirts he wore during the RAMKOERS shows. Not really an artistic design but it worked well! 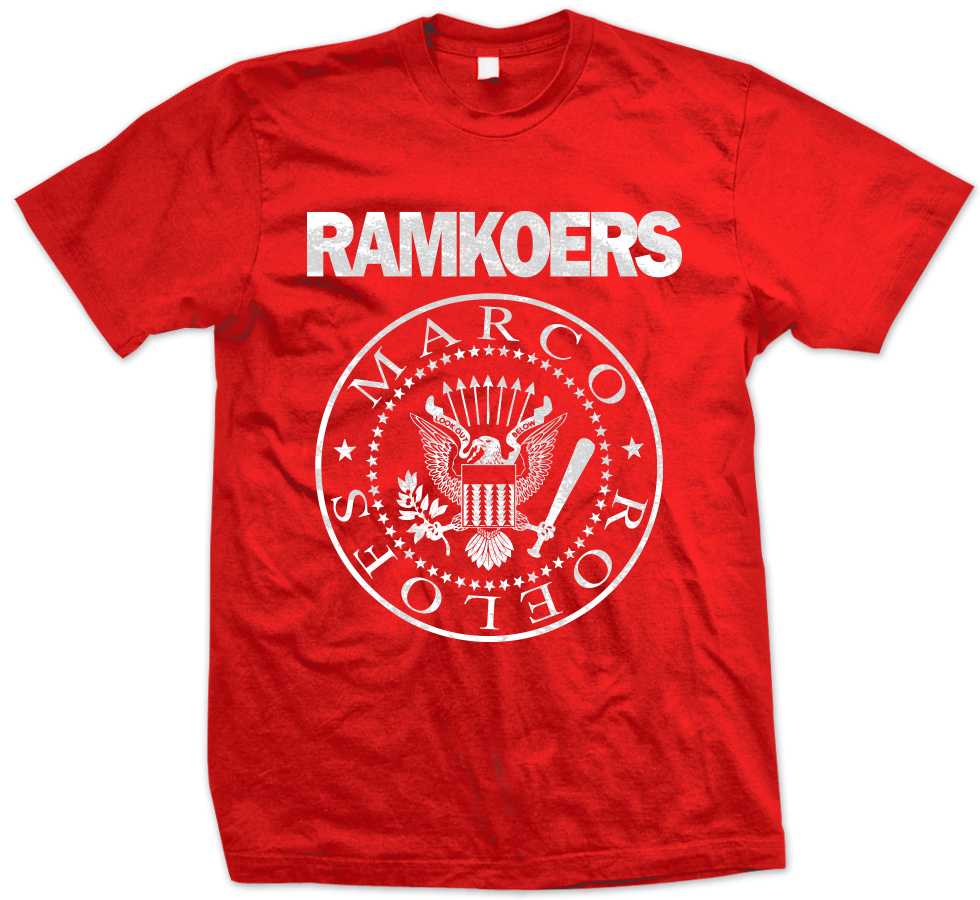 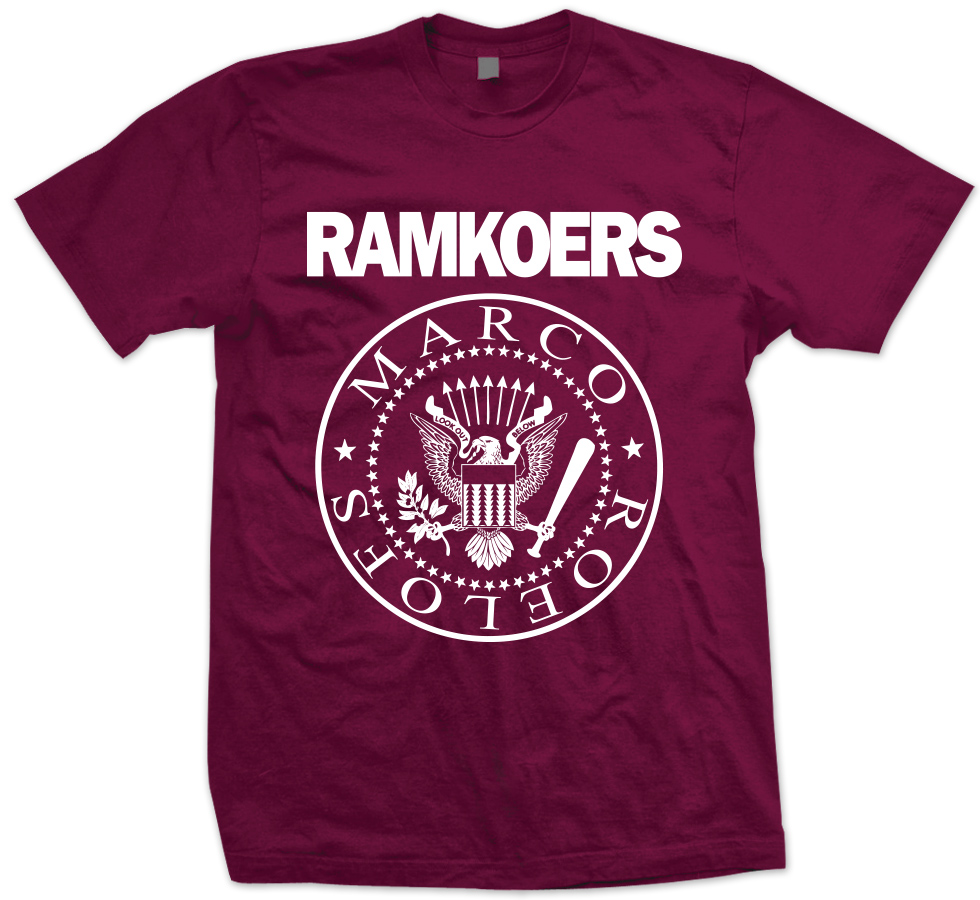 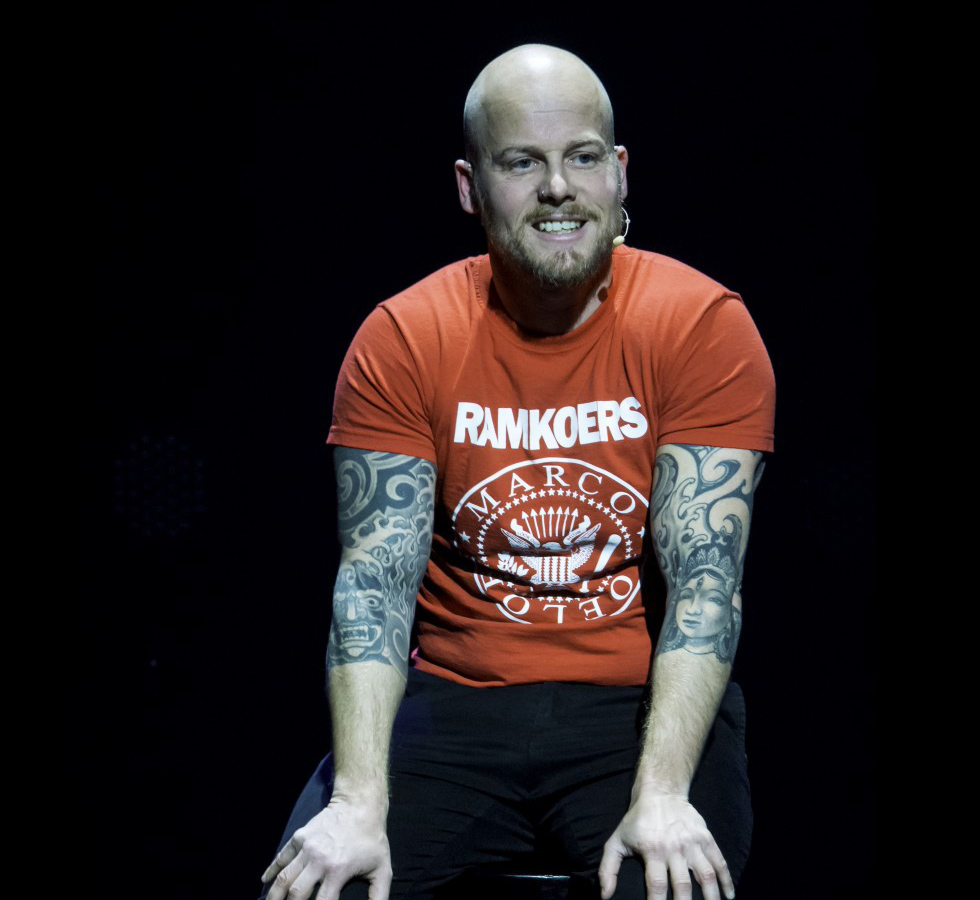 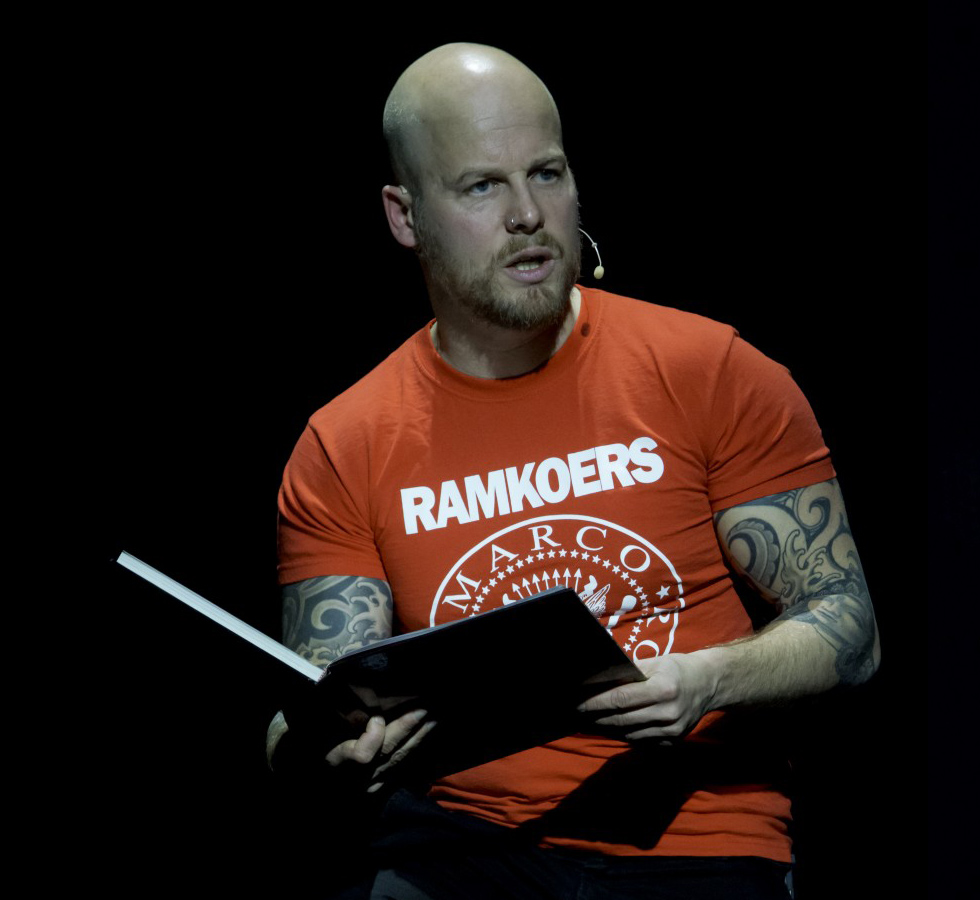