On November 4, 2008, Deftones bassist Chi Cheng was seriously injured in a car accident in Santa Clara, CA. As a result of the injuries sustained in the crash, he remained in a minimally conscious state. The website oneloveforchi.com was launched by Deftones fan Gina Blackmore about four months after Cheng’s accident. The site served as a platform for updates and information on Cheng’s condition, as well as serving as an auction site for items donated by friends of the band. All proceeds raised by the website were donated to his family so they could provide him the best possible medical care.

I provided One Love For Chi with this artwork. It was based on a 1998 drawing I made of Chi. I used this old artwork of mine and made it into this shirt design. OLFC printed it onto shirt to be sold on the website. Proceeds went to the medical care of Chi.

On April 13, 2013, despite making a partial recovery and returning home, Cheng died in a hospital in his hometown of Sacramento, after falling into cardiac arrest.

Someone from The Netherlands tattooed my artwork on her shoulder blade.

T-shirts and girlie shirts were printed with my design. Due to a mistake at the printing company, the T-shirts came without ONELOVEFORCHI.COM underneath the artwork. 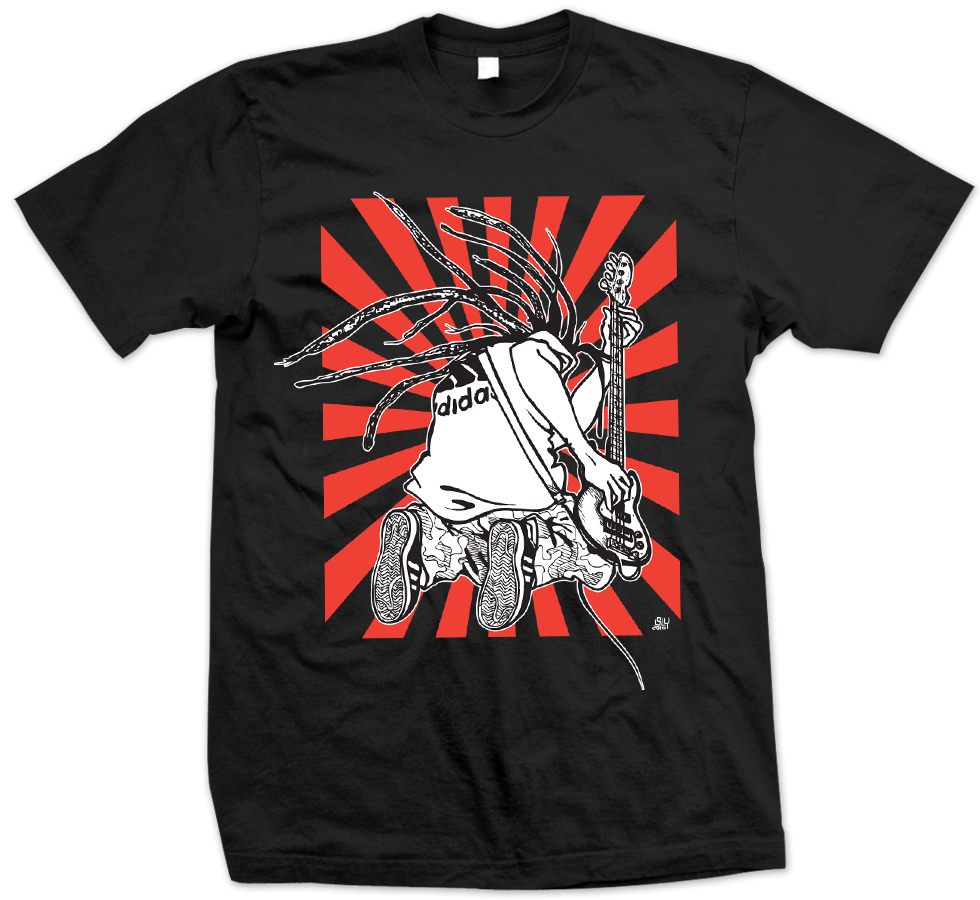 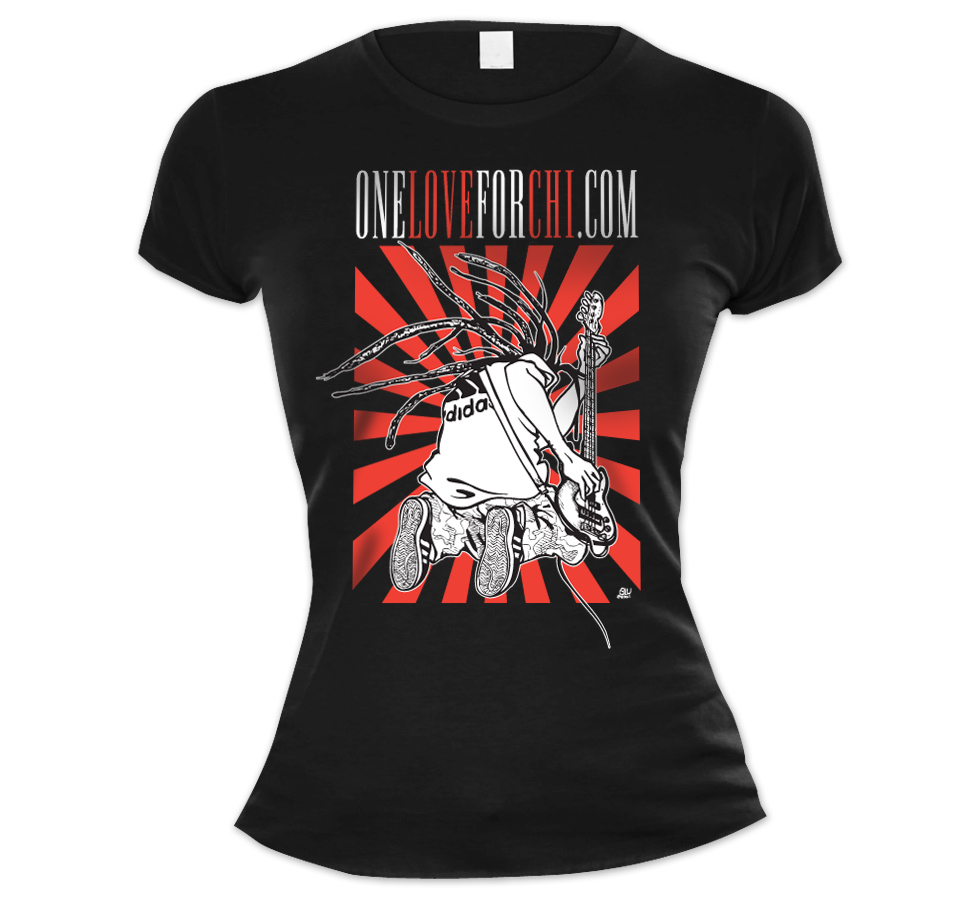 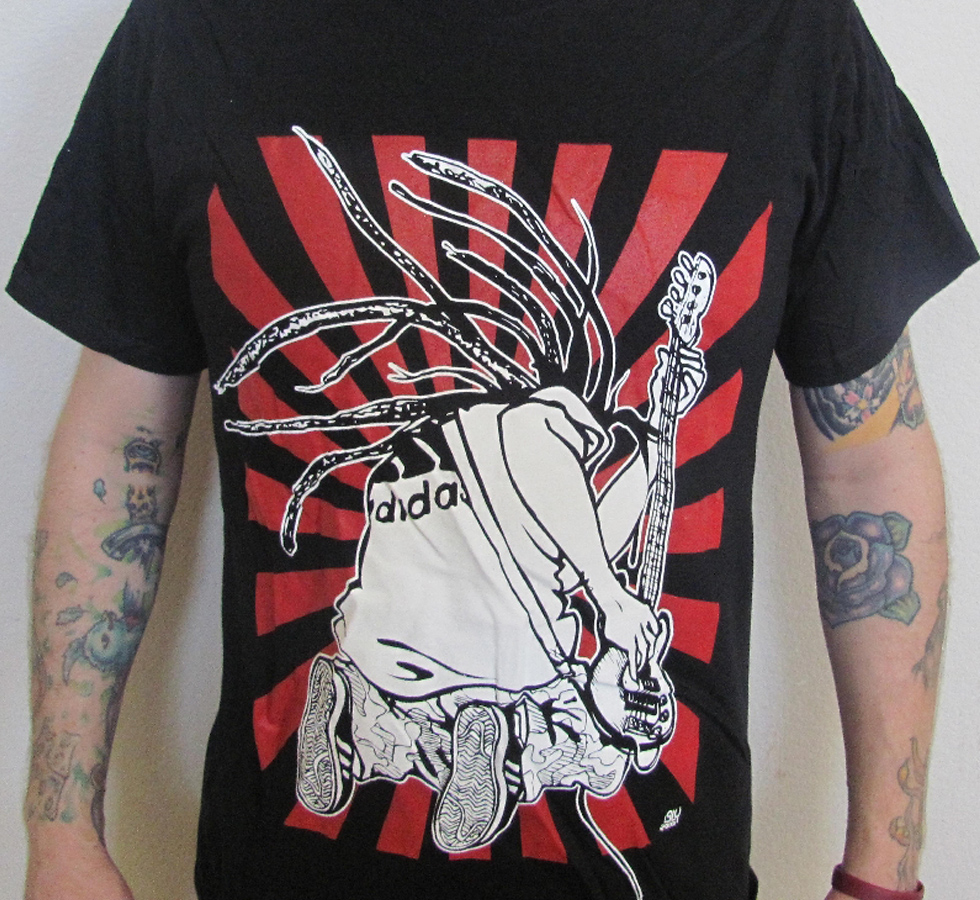 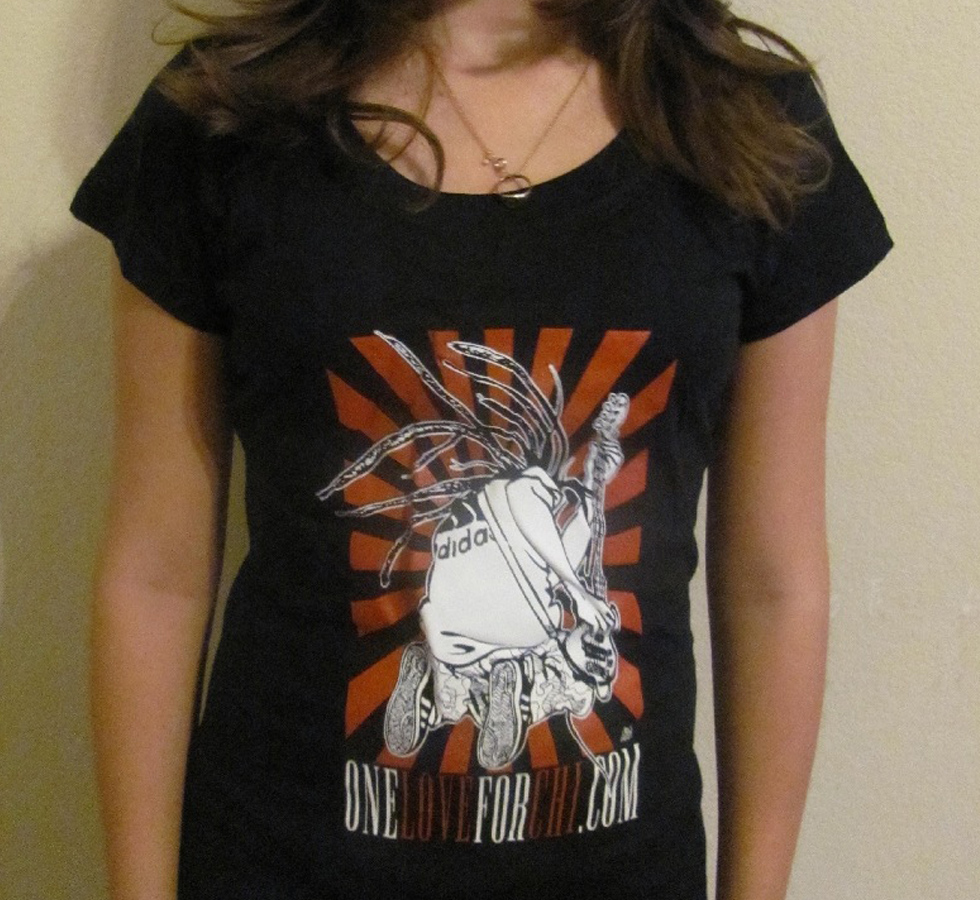 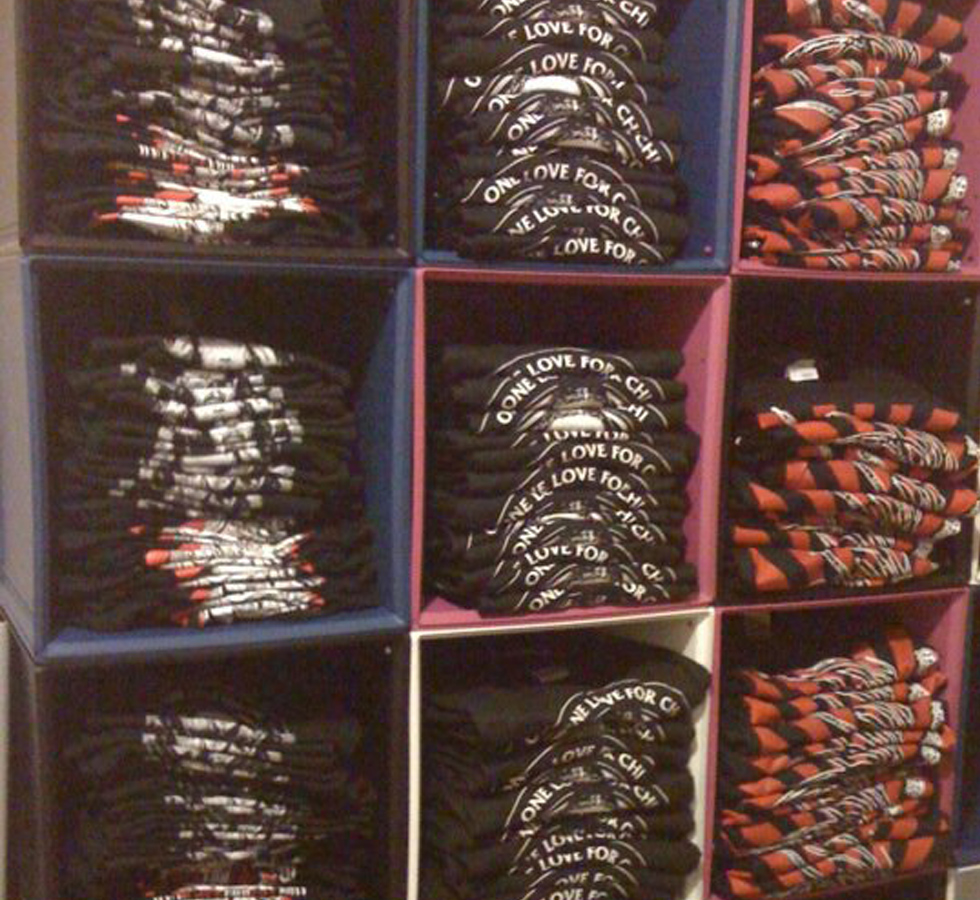 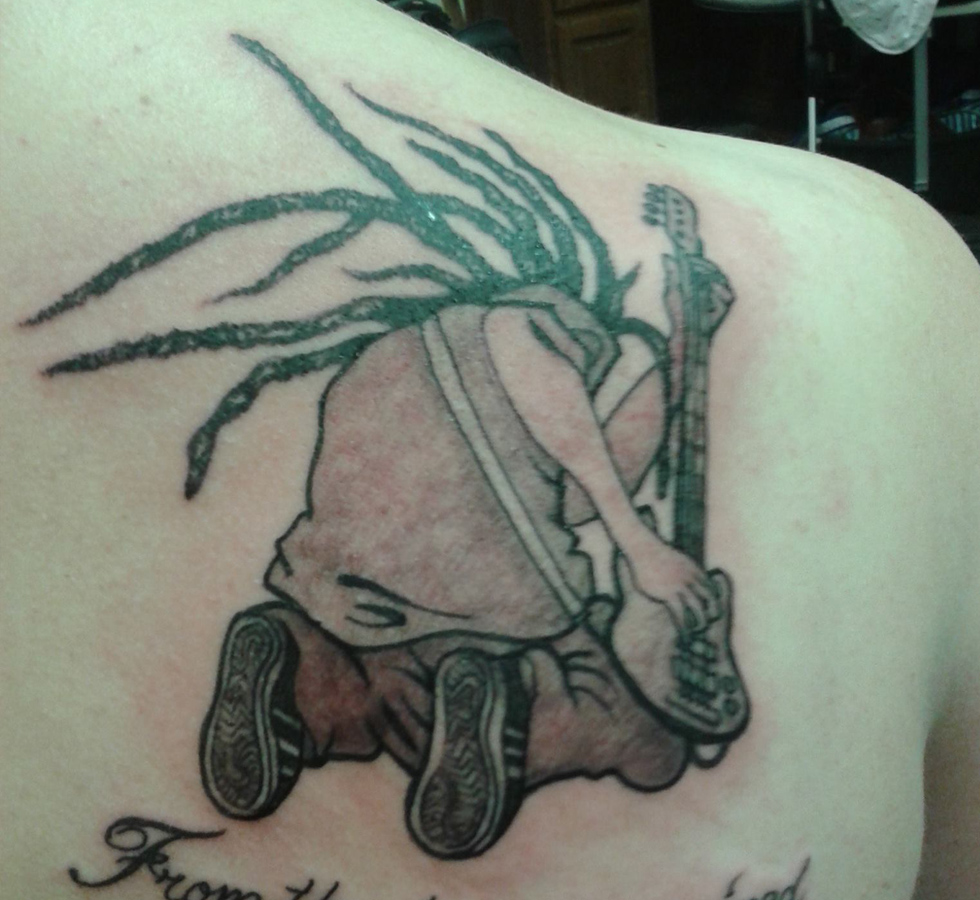