In 2016 the band Peter Pan Speedrock came with the news they would call it quits after 21 years. On November 25th and 26th 2016, they played their final shows in their hometown at de Effenaar in Eindhoven, The Netherlands. I was honored when they asked me to design their final shirt ever. I never made that many sketches before and we took it far to get it right and perfect and it came out AWESOME. Only sold at their final shows. R.I.P. PPS!

PS. the latest image is an early draft piece which I really liked. We went for a more cartoony direction in the end. 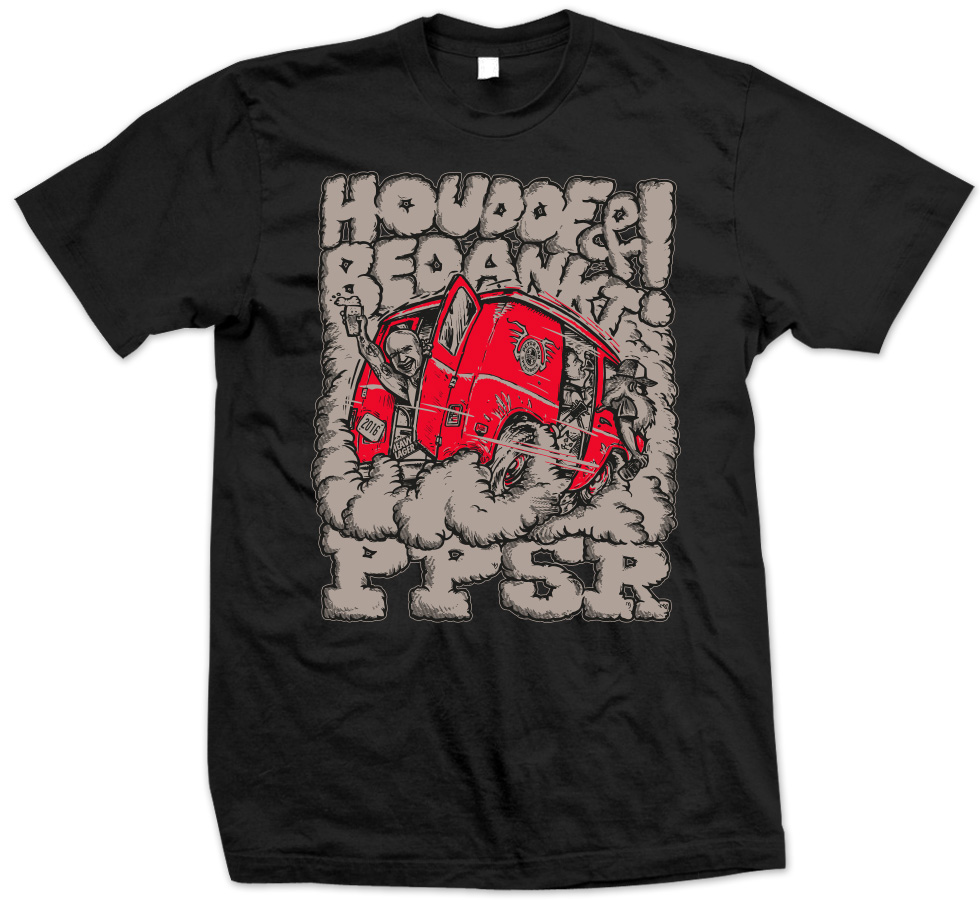 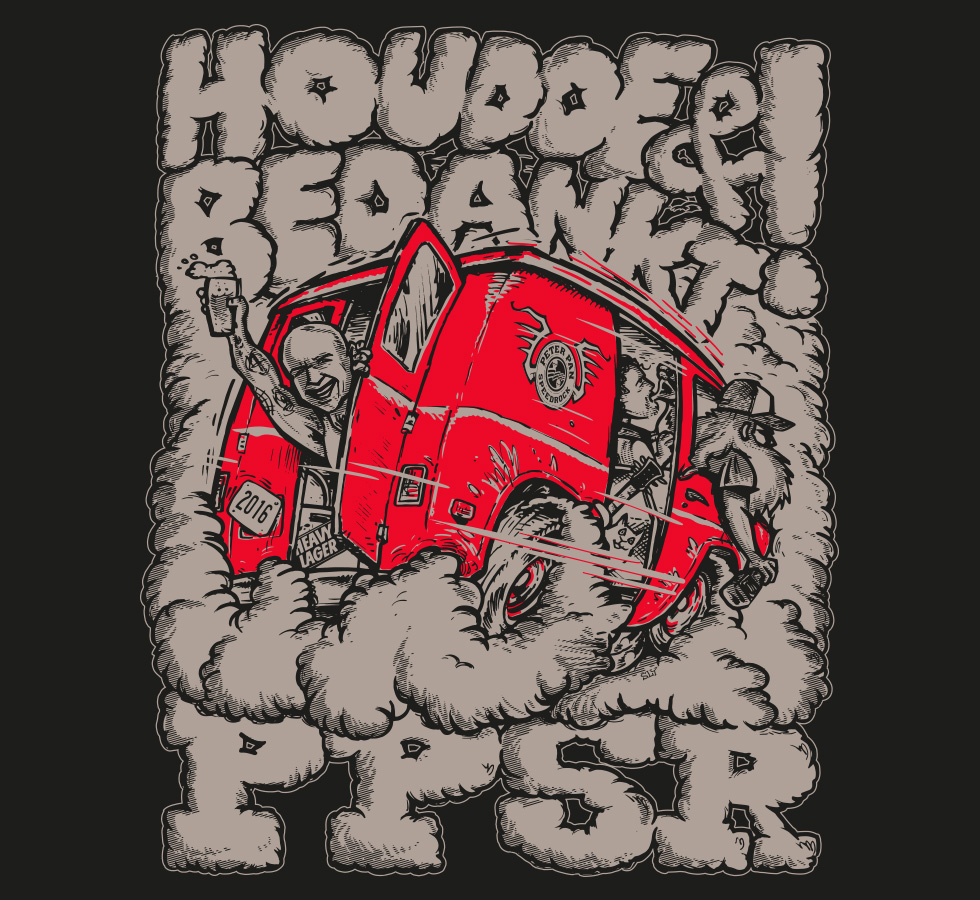 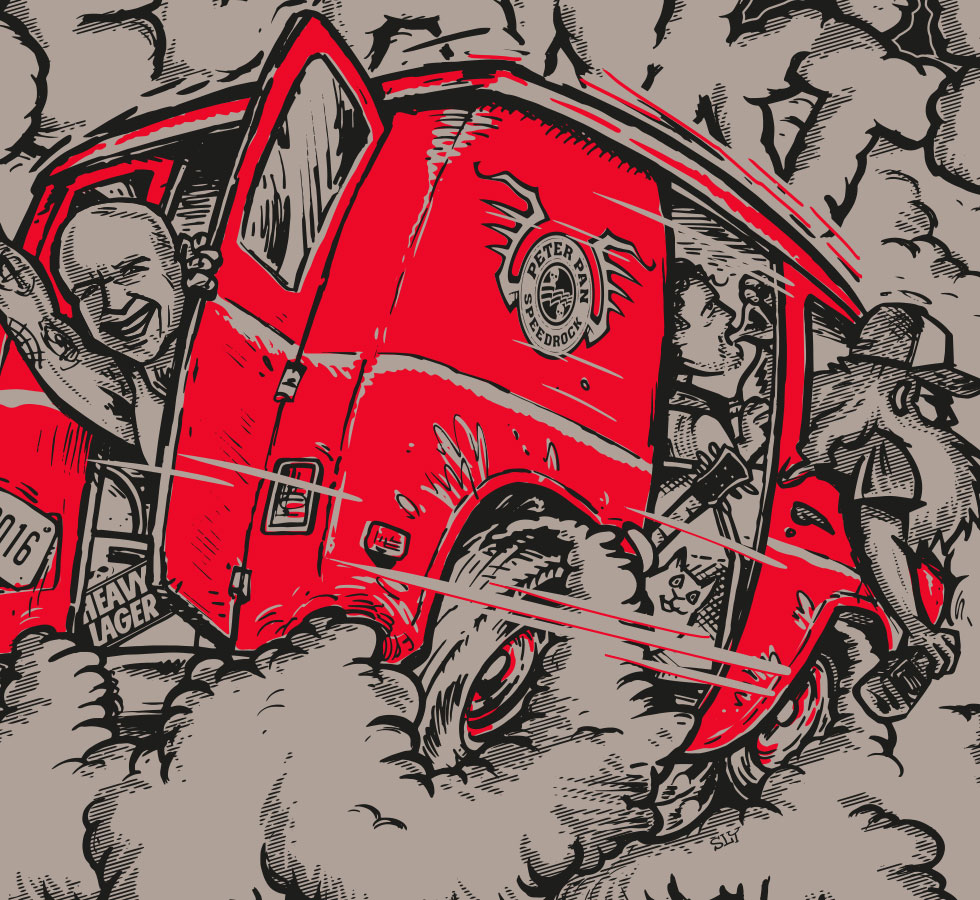 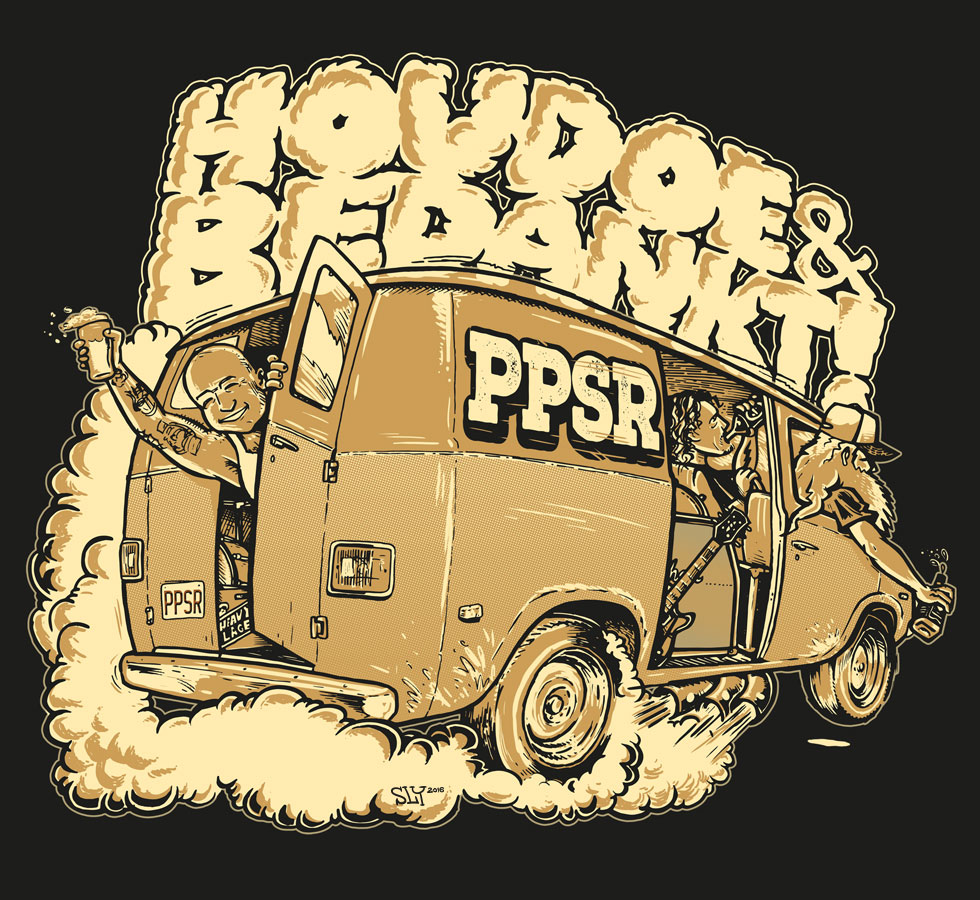