The Santa Barbara, CA based hardcore punk band Snot did a few reunion shows in 2008 with singer Tommy Vext replacing the late Lynn Strait. I was honored that my long time friend and Snot bassist John Fahnestock approached me to design a shirt for them. This image was also used on reunion show flyers and posters, stickers, hats, mesh shorts and it appeared on a huge backdrop.

Here is a video of ‘Snot’ and ‘Human Waste Project’ at the Key Club in Hollywood where the backdrop can be seen:

The backdrop returned in 2015 again:

This was a full color silk-screened design, a 2 color versions was made previous of this also. 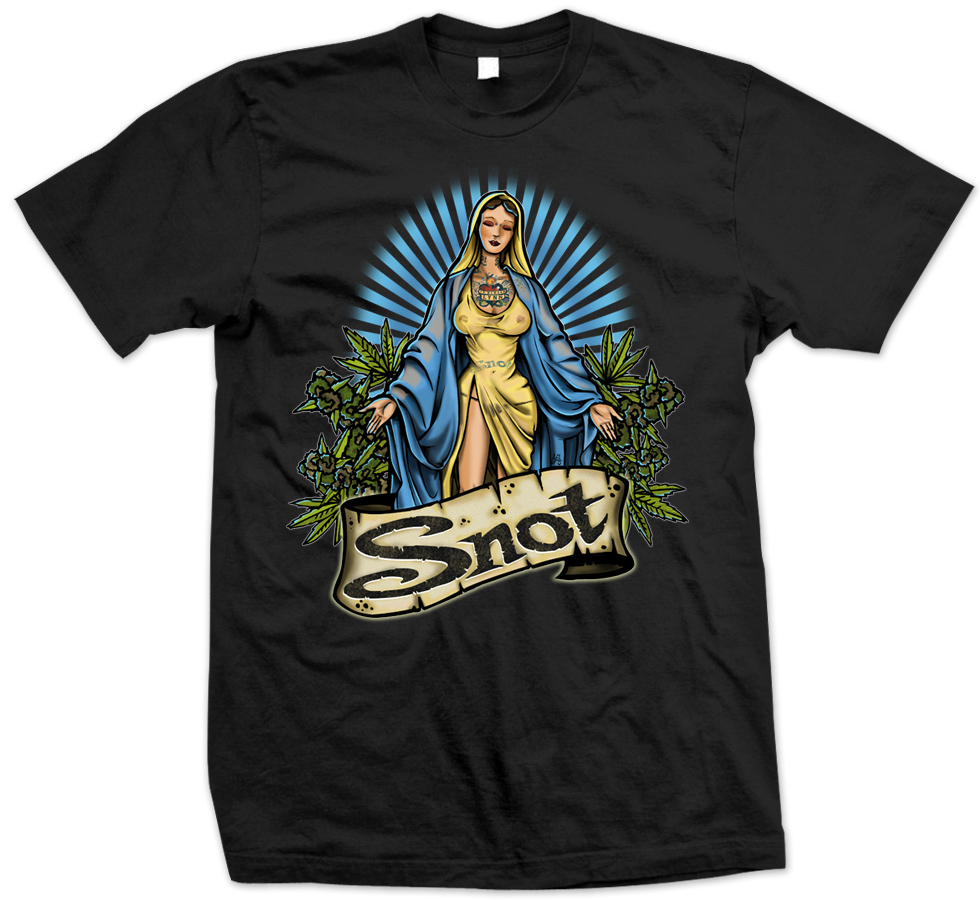 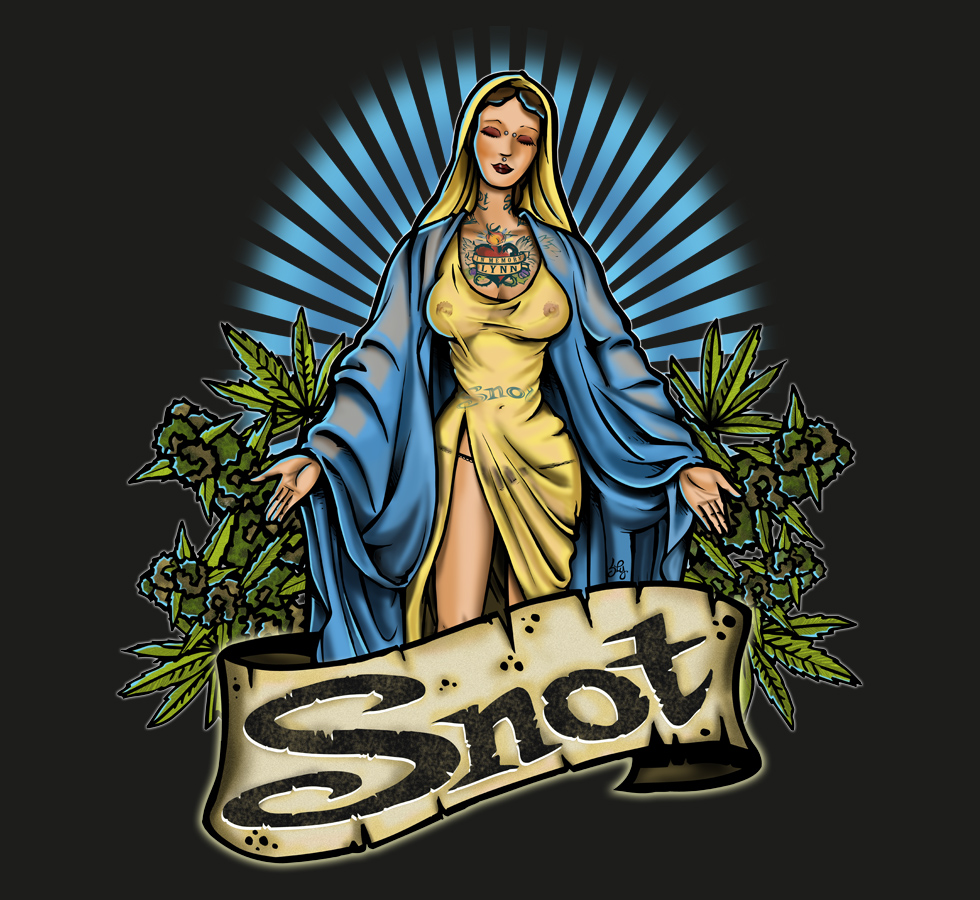 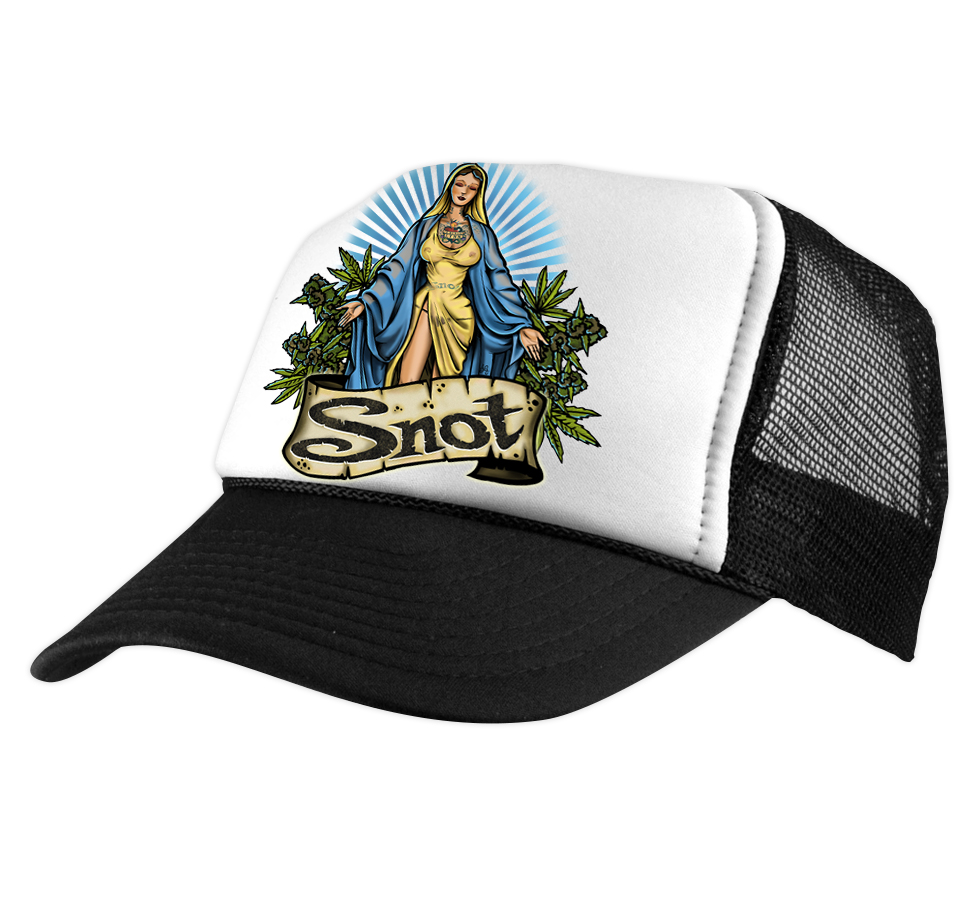 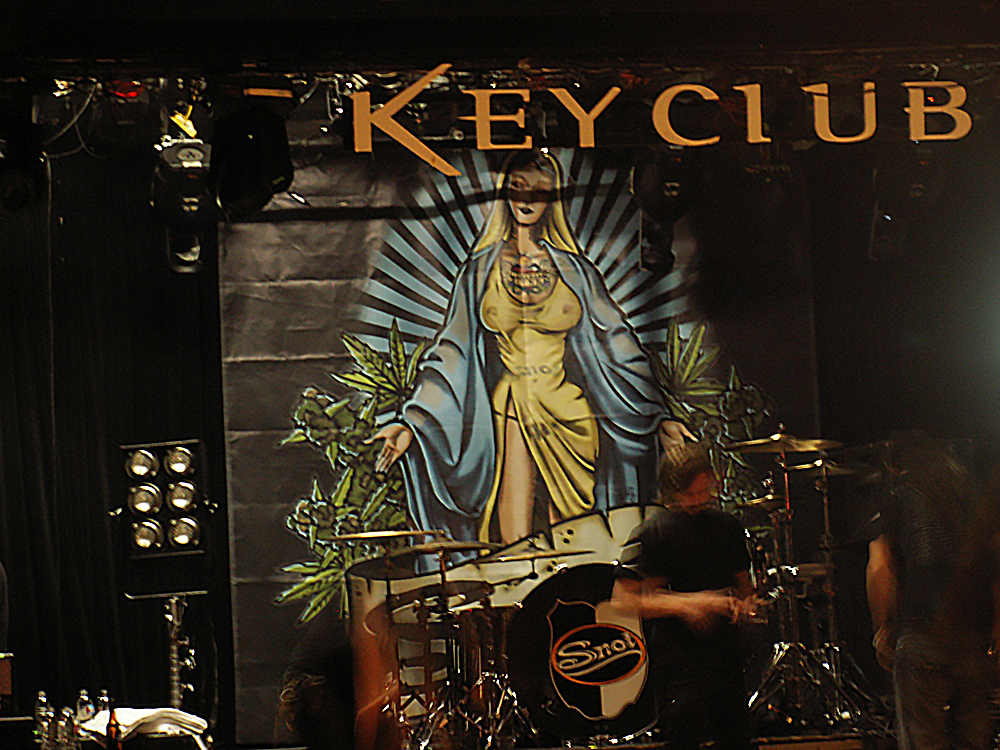 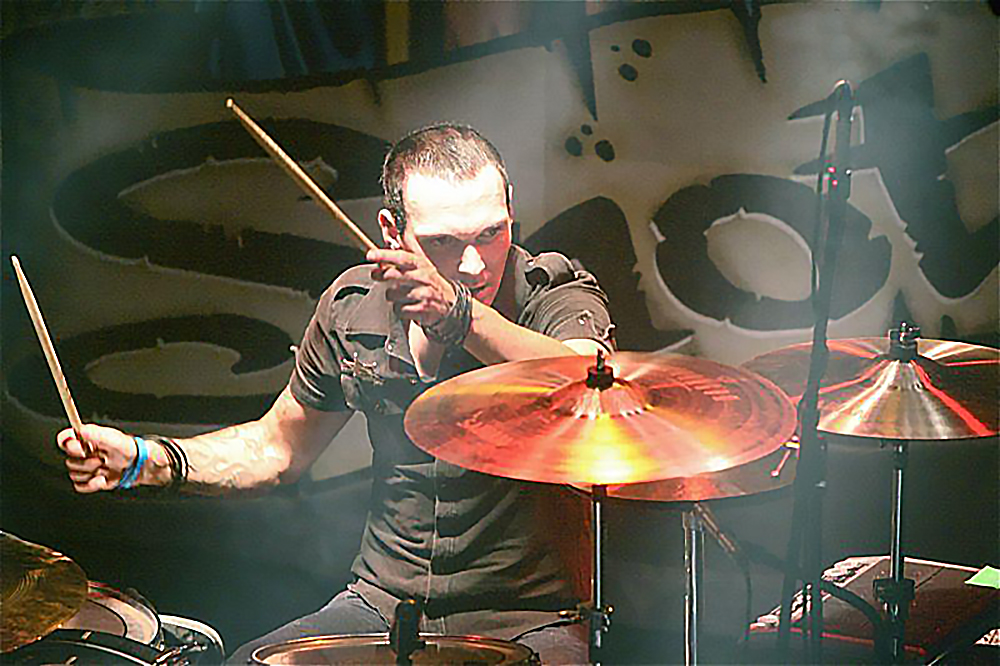 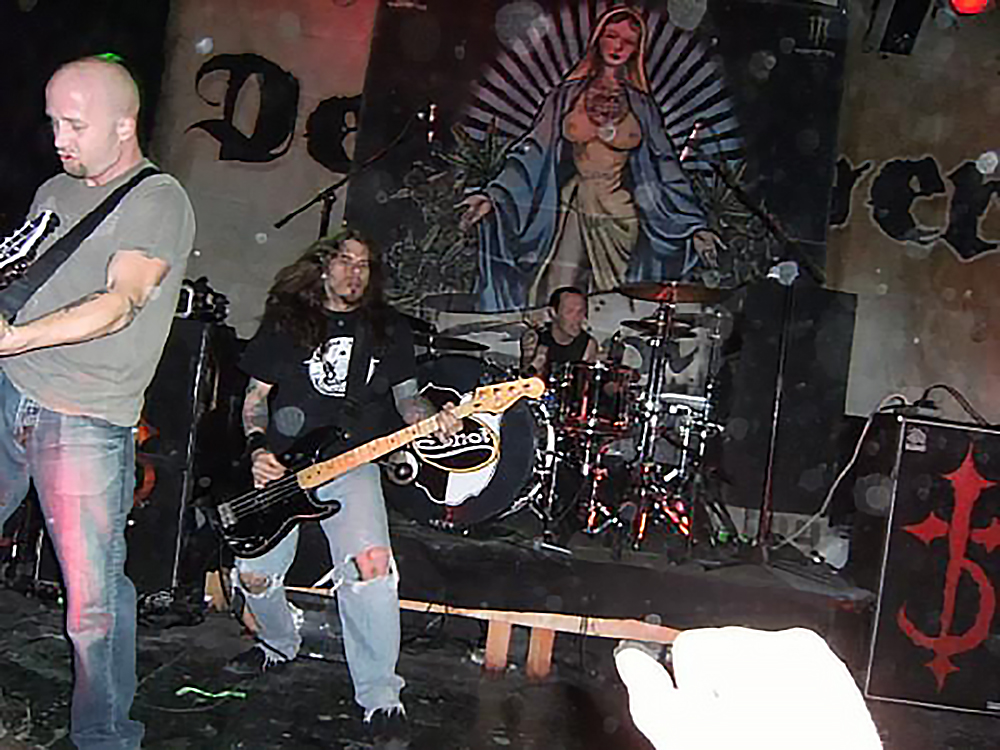 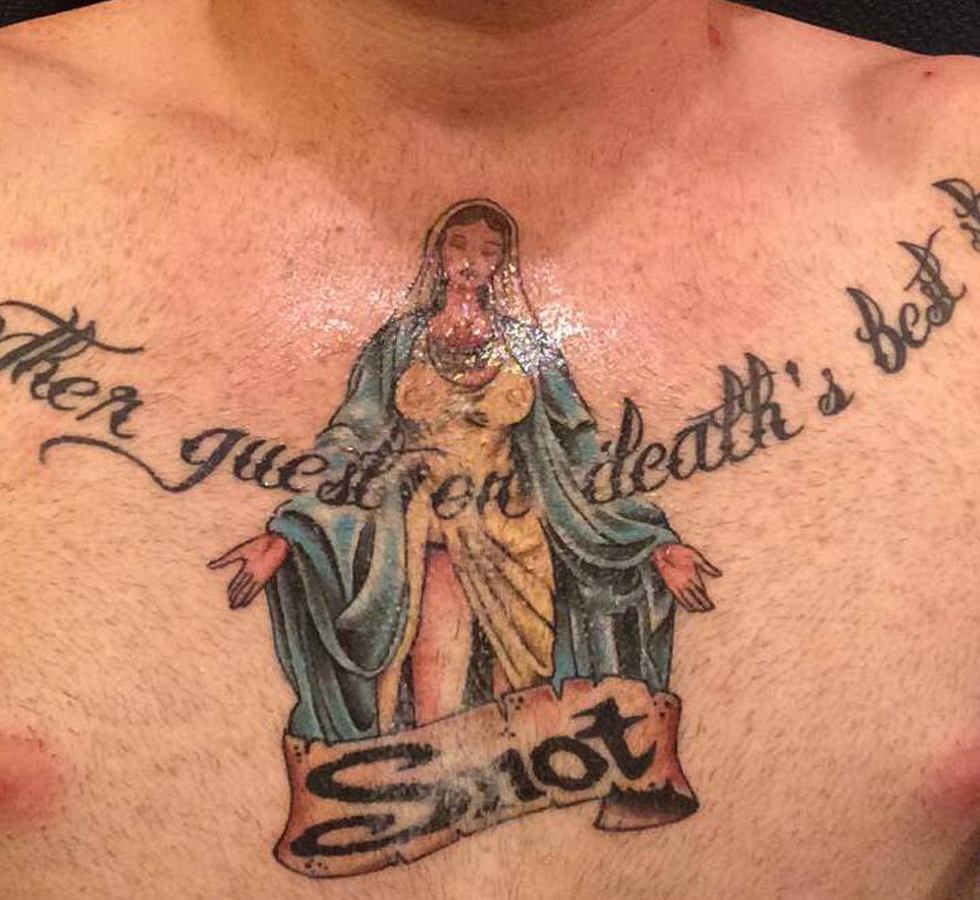 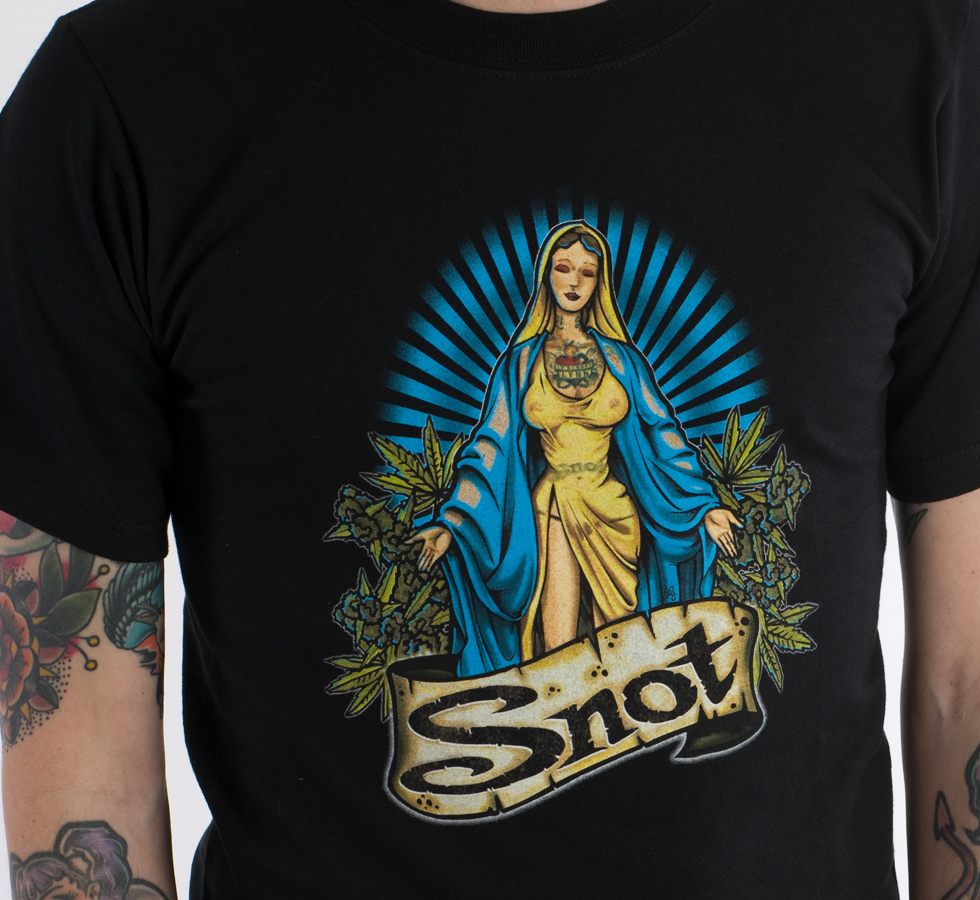