T-shirt design for (then) Orange County, CA based band (hed)p.e. aka (hed) planet earth. This was sold with and without 2001 ‘Just Say No’ World Tour dates on the back. Later also came available as a black t-shirt with a white print. The band also made tour satins (stick on passes) with the same characters on them. 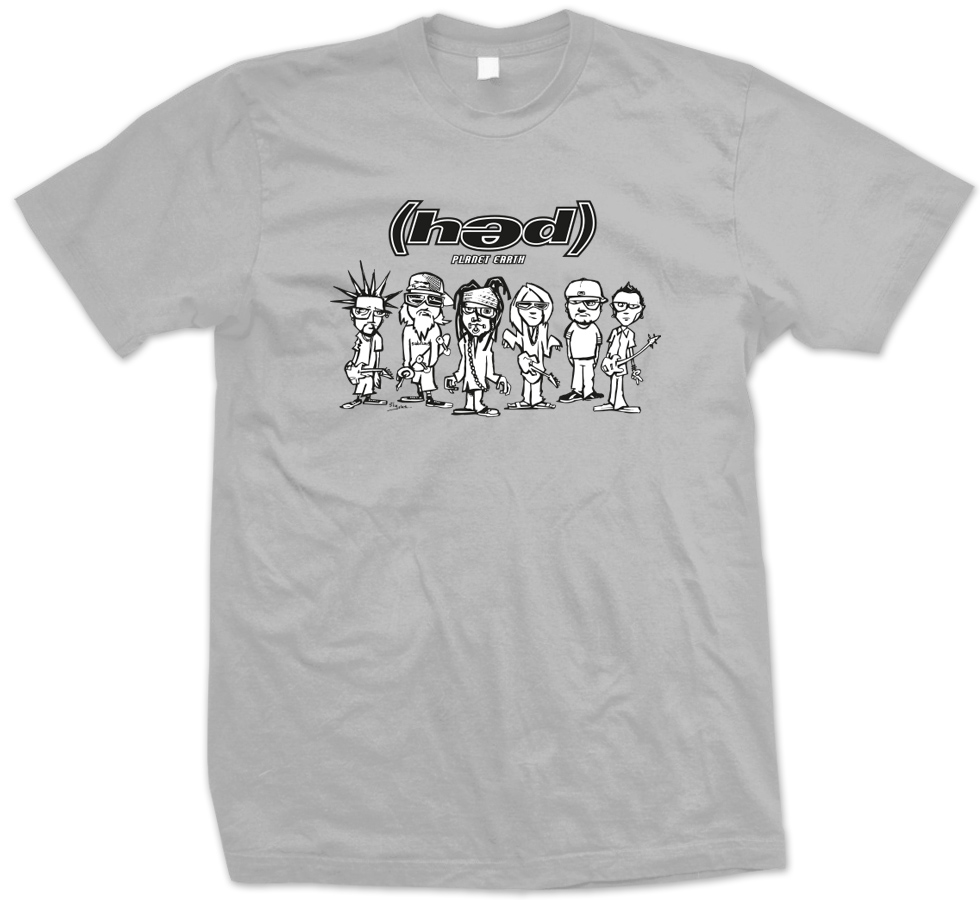 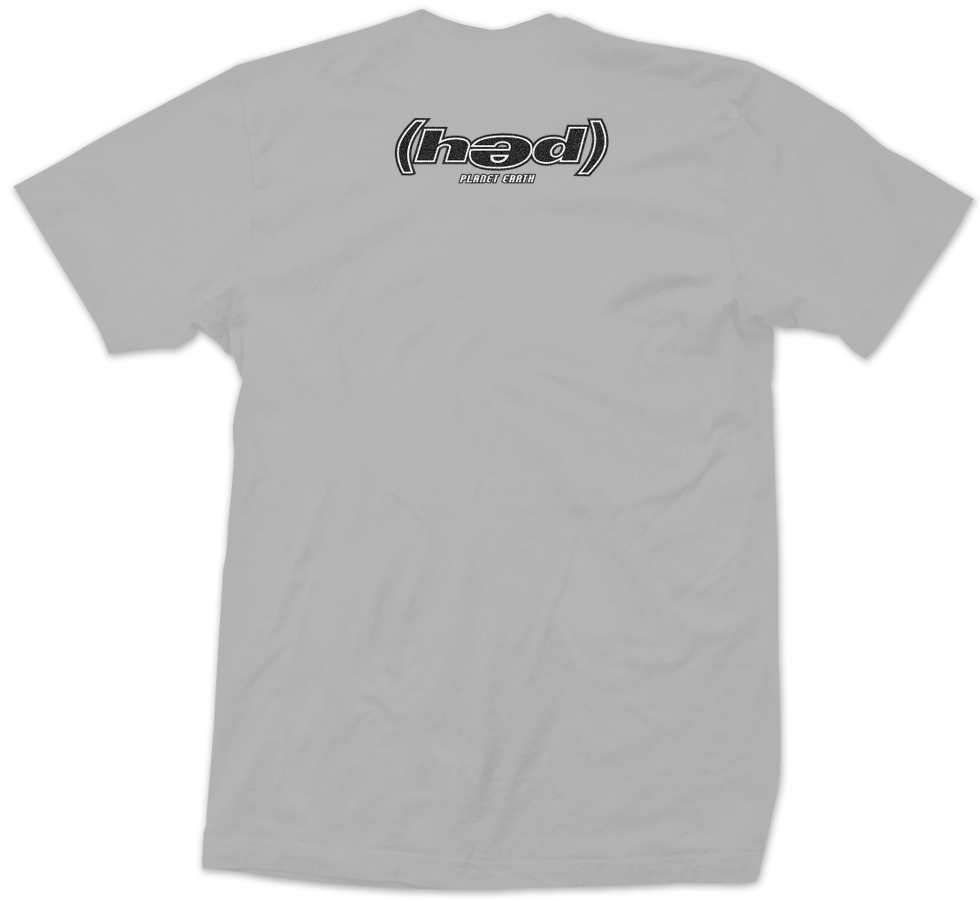 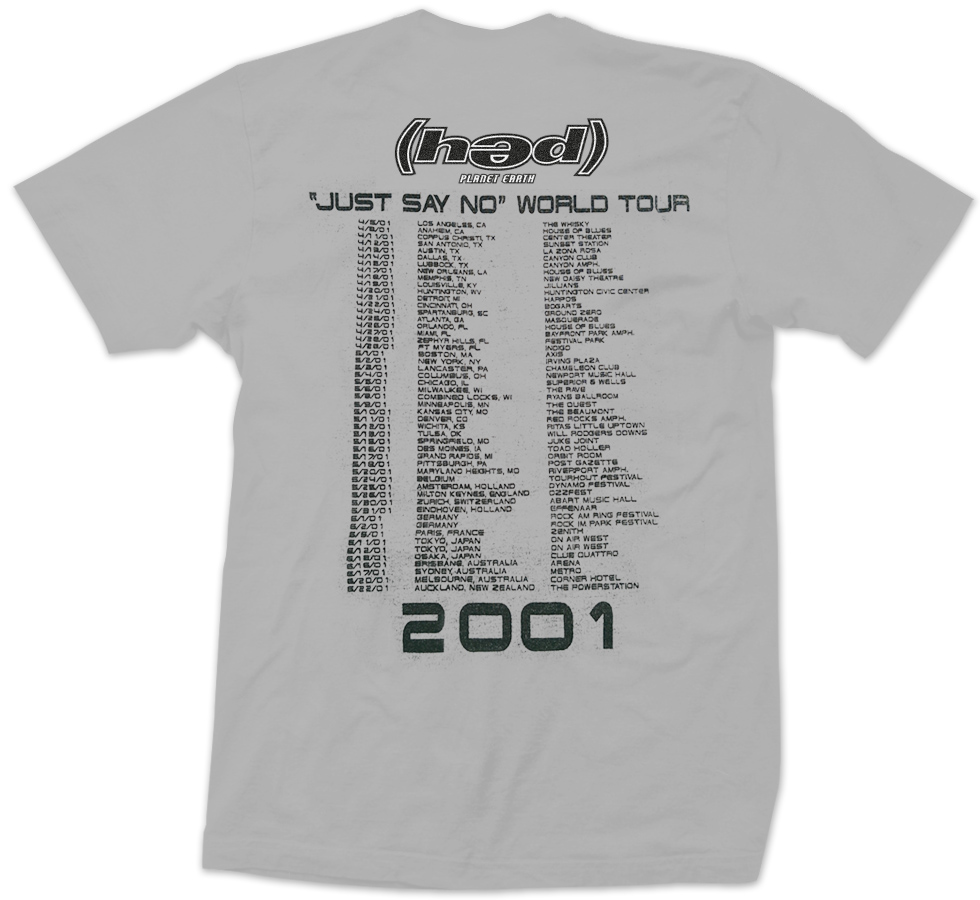 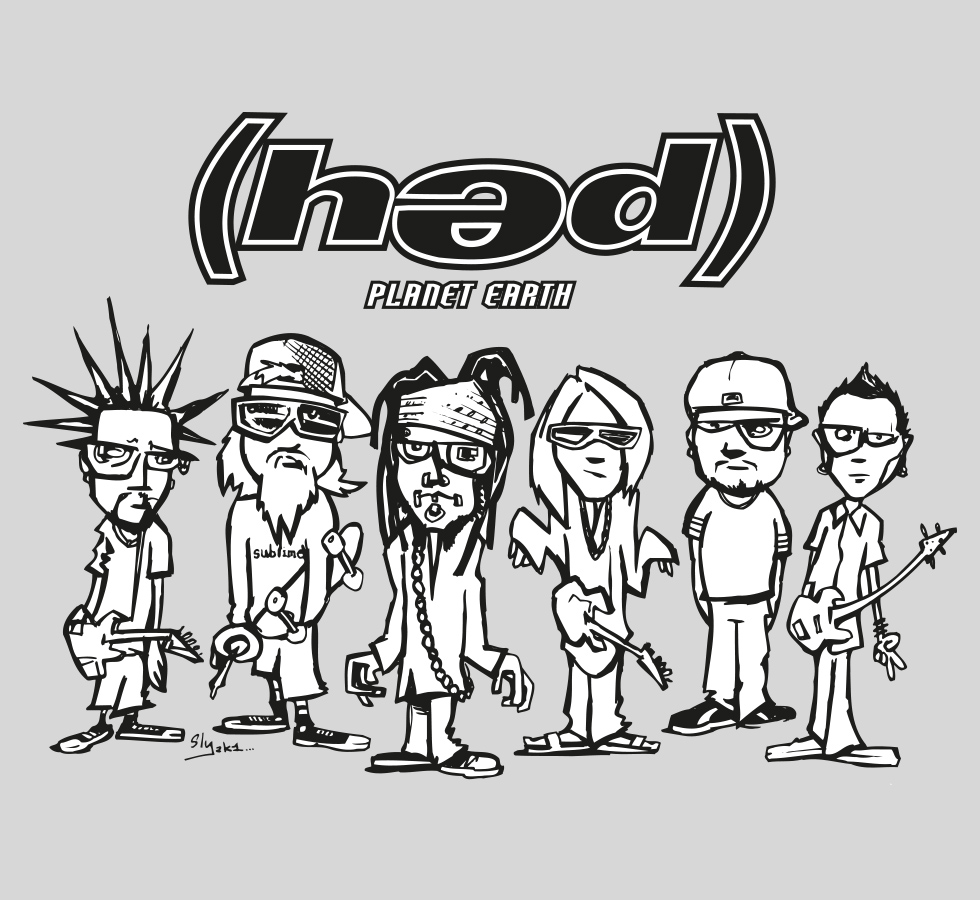 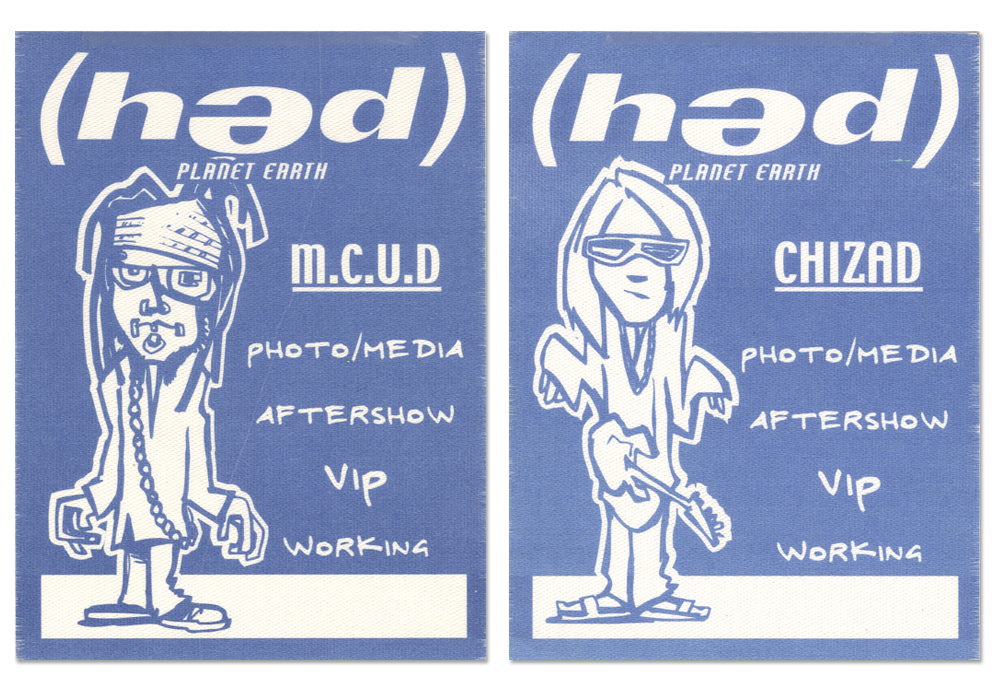 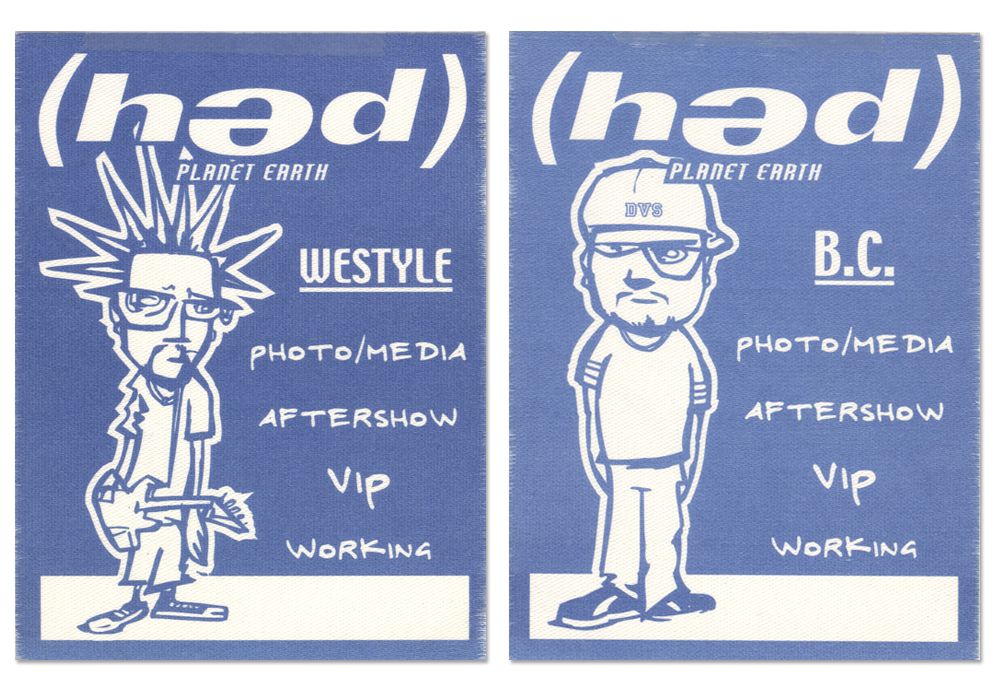