I have done a lot of artwork for the band Snot in the past. The band only put out one record in 1997 called ‘Get Some’ which is actually high up in my top 10 of all time favorite records. Sadly, the band fell apart in 1998 after their singer Lynn Strait, along with his dog and best friend Dobbs, died in a tragic car accident. In the years after his passing I came in contact with the other members of the band which led to designing tribute merchandise and tour merch for the shows they did in 2008 and 2015/6 with singers Tommy Vext and Carl Bensley.

I was very thrilled and honored when Dutch vinyl company Music On Vinyl asked me to transform the original CD artwork from Snot’s record ‘Get Some’ into LP vinyl artwork. I took all elements from the original CD release and transformed them into LP artwork. Music On Vinyl wanted to keep the artwork as close to the original as possible but I still could put some of my graphic design touches into it. Very glad how it turned out. 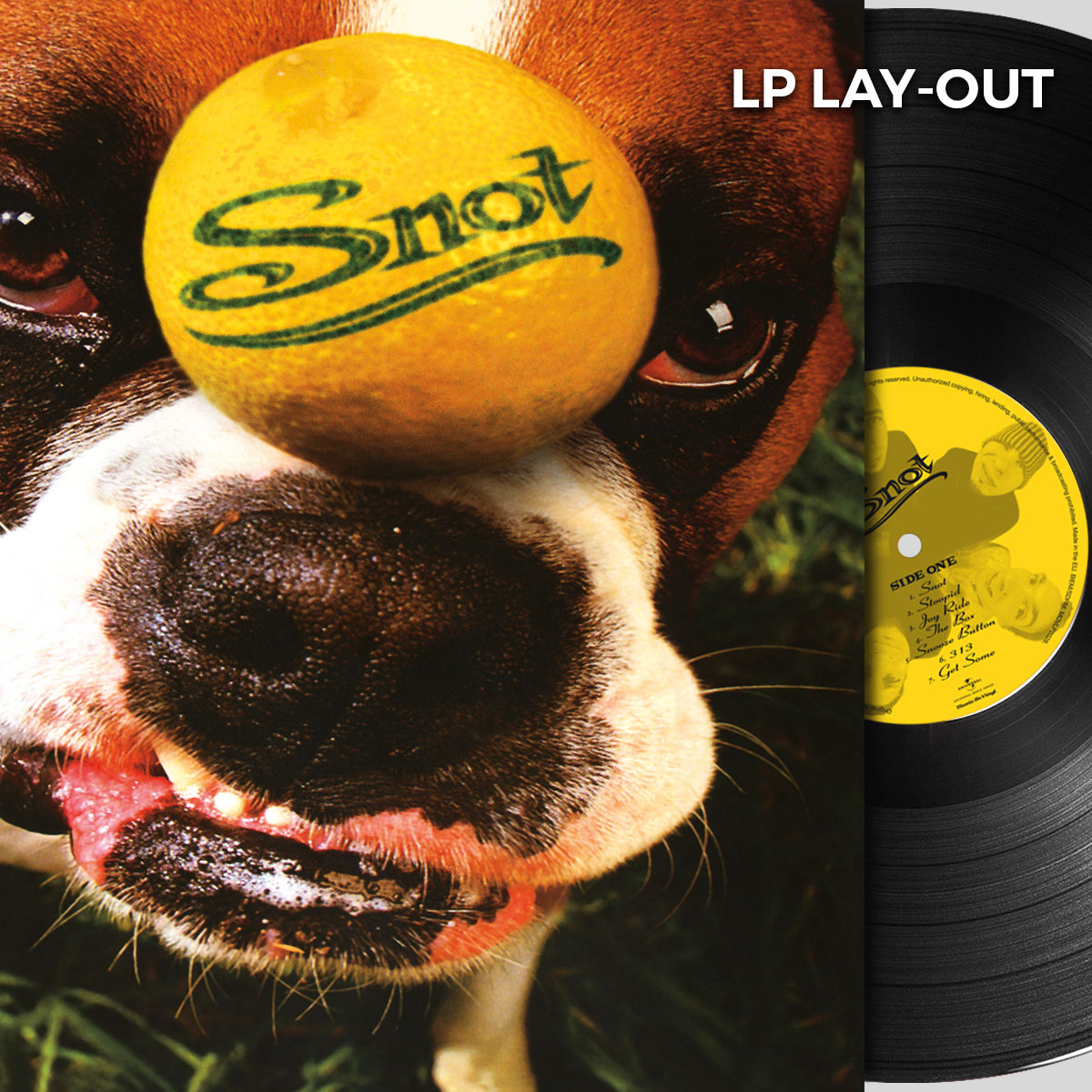 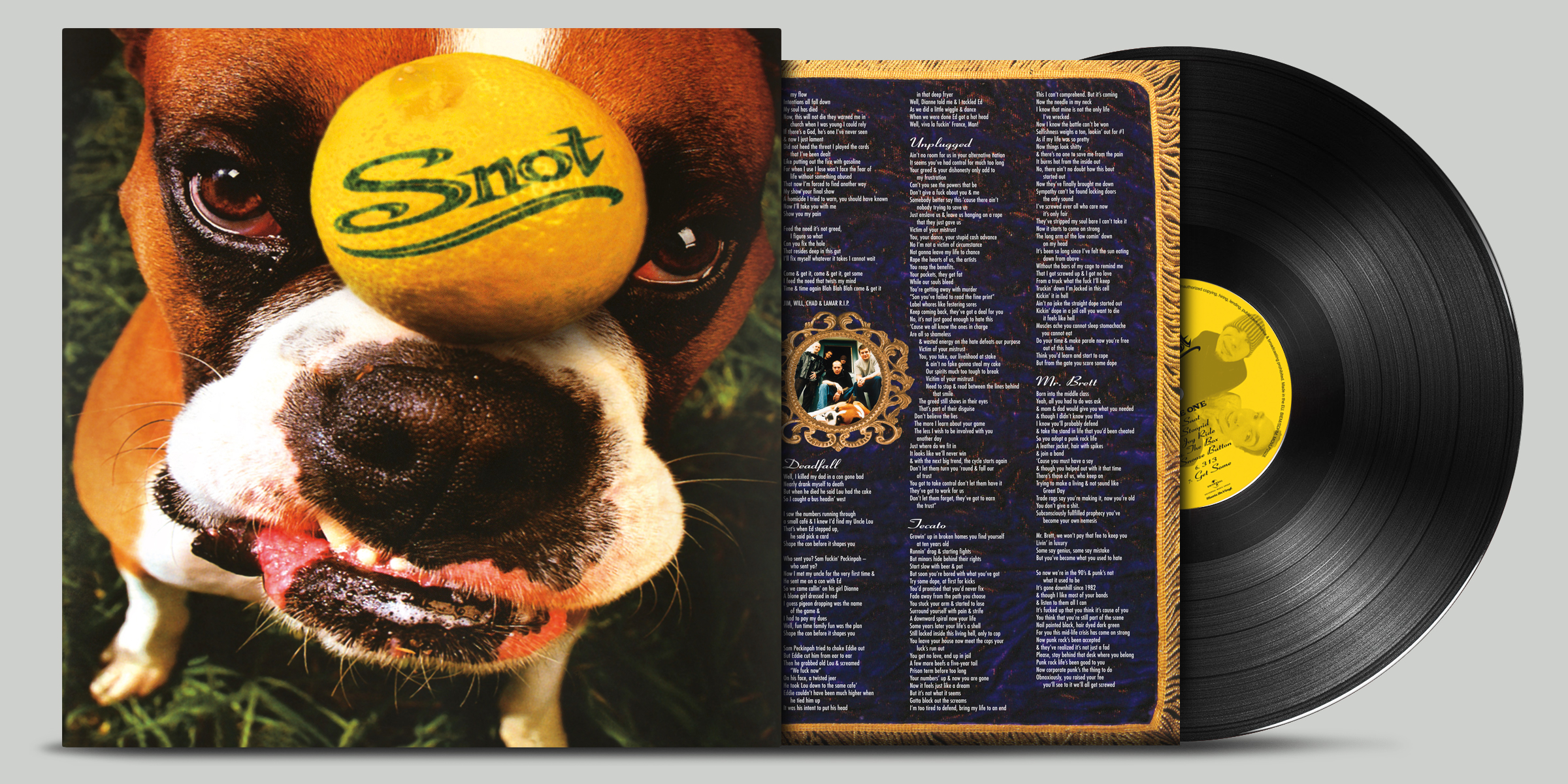 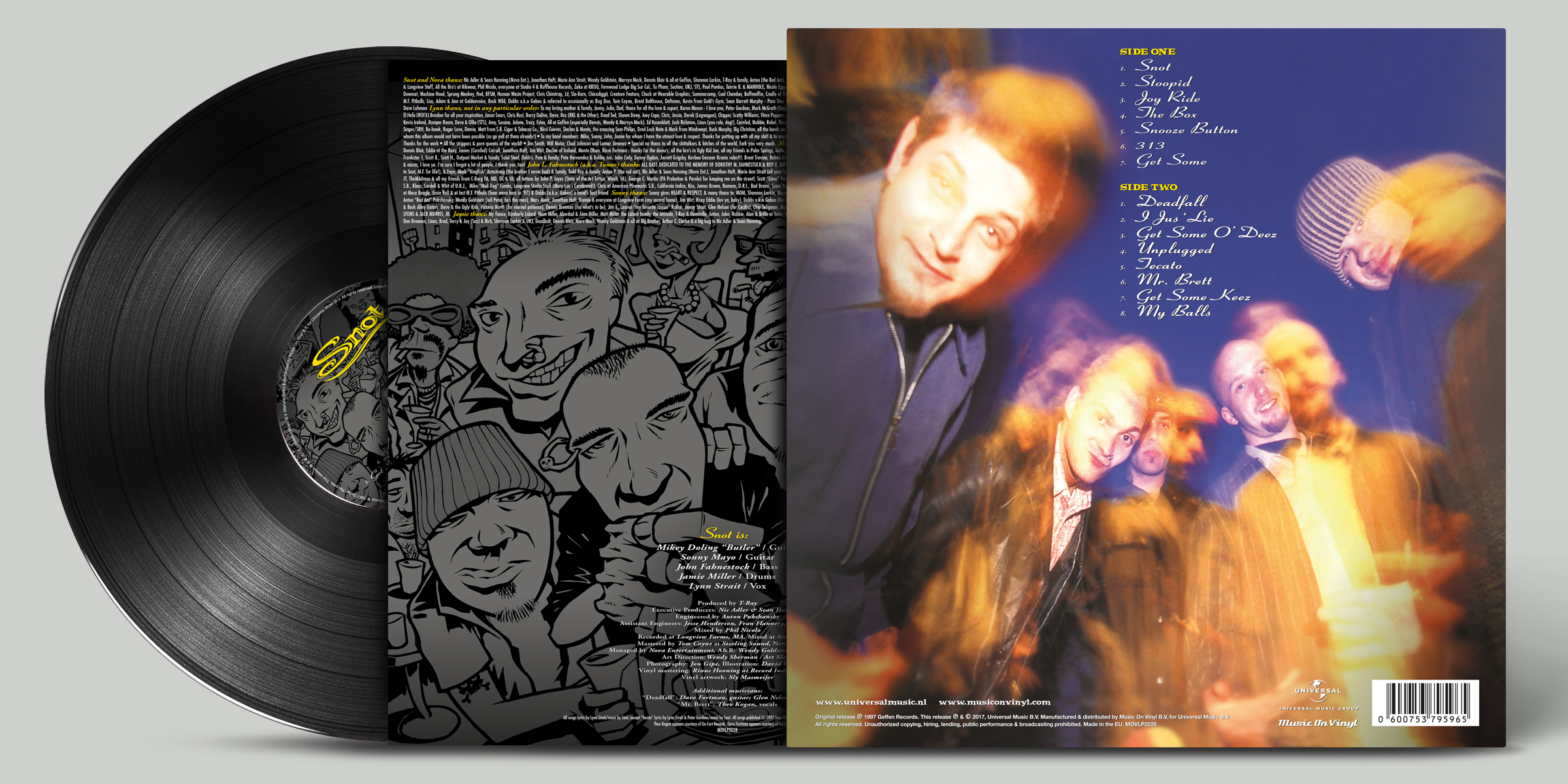